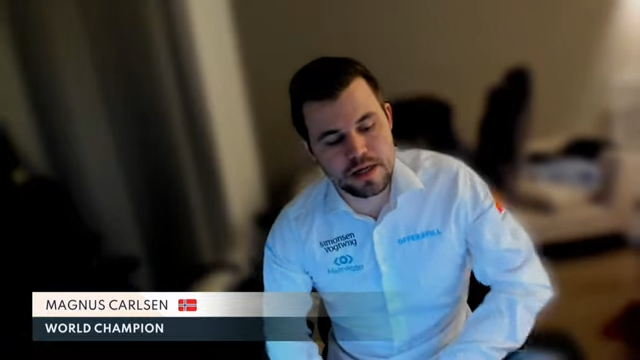 The Carlsen – Niemann case that started with Magnus Carlsen’s withdraw from the Sinquefield Cup 2022 is generating huge attention worldwide. On Chessdom.com more than 2 million page views on the case related articles so far, but 56 articles later (scroll down for a chronological list) there are more questions than answers as to why Carlsen and Niemann have this conflict. Even last night’s interview with Carlsen created more mystery and postponed the detailed explanation for next week.

1. As Anish Giri points, on August 12 you were having two friendly games with Hans Niemann on the beach in Miami. The keyword here is friendly. What happened between August 12 and September to provoke your reaction during the Sinquefield Cup?

2. Do you have concrete proof Hans Niemann cheated OTB?

3. Do you have a personal issue with Hans Niemann or is it only related to cheating online and OTB?

4. FIDE has been silent on the case. Do you think the central governing body of chess should intervene in some way?

5. Garry Kasparov says: Unless the chess world is to be dragged down into endless pathetic rumors, clear statements must be made. Do you agree with Kasparov?

6. Hans Niemann continued to play the Julius Baer Generations Cup despite the tremendous pressure and even managed to qualify for the knockout phase. What would you say about his games in this tournament?

7. Anish Giri says, we know about online cheating by multiple other chess players. Do you know about more cases? Will you shed light on them?

8. In your interview you mention that cheaters should not be taken lightly either online or OTB. Is the current case with Hans Niemann your way to persuade as many players as possible to never cheat in a chess game?

9. Martin B. Justesen believes Carlsen is handling the Chess.com merger like Elon Musk did with the purchase of Twitter. Do you agree?

10. What is your endgame in this Carlsen – Niemann case?

There are certainly more questions that arise from the current case. If you would like to add a question to this list or join the discussion, head to the Chessdom Facebook page here

Super animated Hans Niemann analyses the game with Jeffrey Xiong as soon as the match ends in a draw. Source: STLChessClub livestream. : chess

Thanks to the events of the US Championship, America has a new #1 and all he had to do was nothing