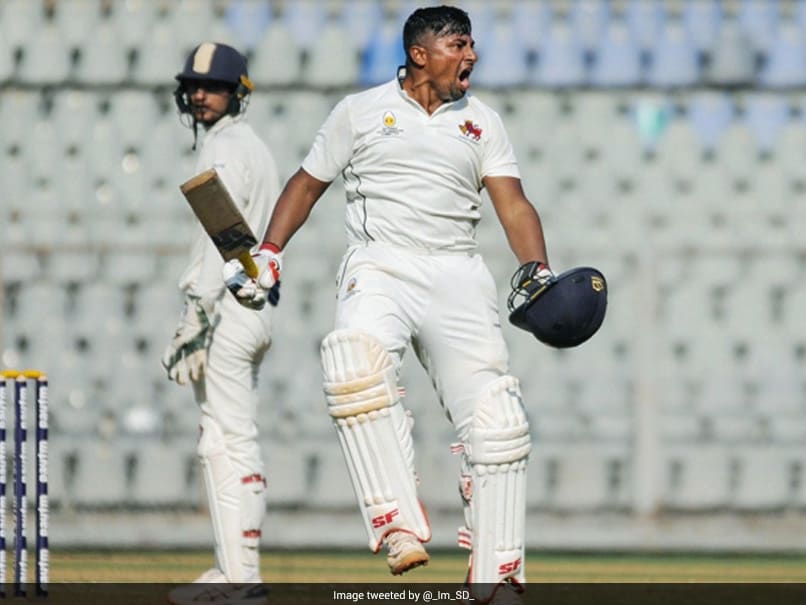 Sarfaraz Khan will be aiming to convert his stupendous domestic performances into big runs at the international level when he takes strike for India A in the first unofficial Test against New Zealand A, starting from Thursday. The New Zealand A side includes at least half a dozen of players who have represented the senior national team in some format over the years and would give competition to the home team.

Most of the players in the Indian squad are the ones who played an A series in South Africa late last year and would like to consolidate their positions in the Test team’s pecking order.

But no one would get the kind of traction that Sarfaraz is supposed to as he is back at the same venue where he scored a hundred in the Ranji Trophy final a couple of months ago.

While the chosen ones are either proven domestic performers or the likes of Kuldeep Yadav, who would like to get his mojo back having missed out on the red ball domestic season last time.

But in the case of the burly Mumbaikar, the attention would be much more because, after a near 1000-run Ranji Trophy season, he is literally knocking on the men’s senior natinal team’s doors.

India’s next Test assignment is in Bangladesh in December, after the T20 World Cup in Australia.

In that squad, there could be at least one vacant middle order slot, if not two, and Sarfaraz is a serious contender to board the Dhaka-bound flight. A strong indication of that has been given by the selectors, who decided to drop Hanuma Vihari from the India A side, and he will be playing the Duleep Trophy for South Zone, like Shreyas Iyer for the West Zone.

It can be said with some degree of certainty that the national selection committee is still not sanguine whether Vihari and Iyer are long-term solutions for India’s middle-order problems, with Cheteshwar Pujara and Ajinkya Rahane set to be phased out in the coming times.

Hence the performances of Sarfaraz and the likes of Ruturaj Gaikwad would be closely monitored.

Even skipper Priyank Panchal and his long-time A team partner Abhimanyu Easwaran would like to score heavily against bowlers like Matt Fisher, Benjamin Lister and Test spinner Rachin Ravindra.

While Rohit Sharma and KL Rahul are India’s top opening pair and Shubman Gill being a floater in Tests, there is a place for another specialist opener, who could get opportunities in the future as the current skipper isn’t getting any younger.

In the bowling department, Kuldeep will look for a lot of overs while Prasidh Krishna, who is now among the reserve bowlers in Test matches, will like to bend his back and prove that he is worthy replacement of Ishant Sharma when his time comes in the near future.

He will get to bowl at Mark Chapman, who had incidentally played the last (50 over) Asia Cup in the UAE for Hong Kong, and only a month back had a wonderful T20I series for the Black Caps against Scotland.

Since there are three Tests, NCA head and team’s head coach VVS Laxman would be trying out all the players across matches, following his predecessor Rahul Dravid’s policy.

Dravid’s simple philosophy for A team games was to look at creating a solid bench strength by identifying the core players for different positions, rather than thinking about a series win.

“We Are Humans, Too”: Pakistan Star Slams Critics In Passionate Defence Of Team

“These Are Against BCCI…”: Harbhajan Singh Alleges Illegal Activities At Punjab Cricket Association