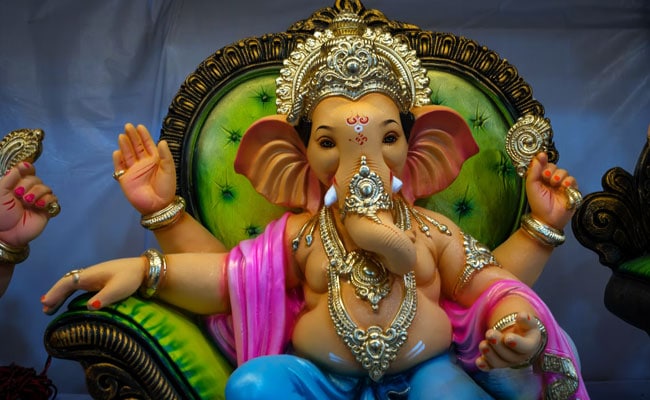 A unique 32-feet high idol of Lord Ganesh made of fig tree, in standing posture, in Tamil Nadu’s Nagapattinam district is the newest attraction for this Chaturthi festival in the state.

The gigantic idol “Athi Vinayagar” made with 83 fig trees by the Nagai Viswaroopa Vinayagar Committee and devotees will not join thousands of idols for the ‘Visarjan‘ (immersion) ceremony but would continue to grace the devotees forever, the committee’s president Kubendran said.

The mammoth task of carving out the image of Lord Ganesh from the holy fig tree commenced in January this year and the work was completed recently by Sthapathi Thirunavukarasar and 14 other sthapathis.

“There was no Ganesh Chathurti festival since the last 2 years due to COVID-19. And this time, I decided to have an idol of Ganesh made of holy fig tree, which was my dream since the last 15 years,” said Kubendran from Nagapattinam, which is about 300 km from here.

After the committee gave its nod, funds were raised to make the idol. It took nearly 8 months to carve this beautiful image with raw fig trees sourced from the Kaveri delta districts.

“We spent close to Rs 1.5 crore in having this idol weighing 4 tons and also a huge ratham (chariot) on which the Lord will be placed,” Kuberan told PTI.

“We worked assiduously day and night to make the idol of Pillaiyar (another name of Ganesh),” said chief sthapathi Thirunavukarasu.

According to Kuberan, Athi (fig) is considered very sacred by the Hindus as the tree is associated with Lord Dattatreya representing Brahma, Vishnu and Maheshwar. Also, the fig tree is well-known as a symbol of happiness, prosperity and longevity in the country.

“This will be the only such idol in the country for Ganesh, though Tamil Nadu has Athi Varadar, an incarnation of Lord Vishnu in Kancheepuram, who grants darshan for devotees once in 40 years; and Athi Perumal of Sri Srinivasa Perumal temple in Kozhikuthi village on the banks of Kaveri river near Mayavaram,” he claimed.

It is said the presiding deity of Sri Srinivasa Perumal temple is 20-feet tall and made of fig wood while Athi Varadar, in reclining posture, is 9 feet.

Puja is being performed twice a day to the Athi Vinayagar and currently efforts are to construct a shelter for the Lord.