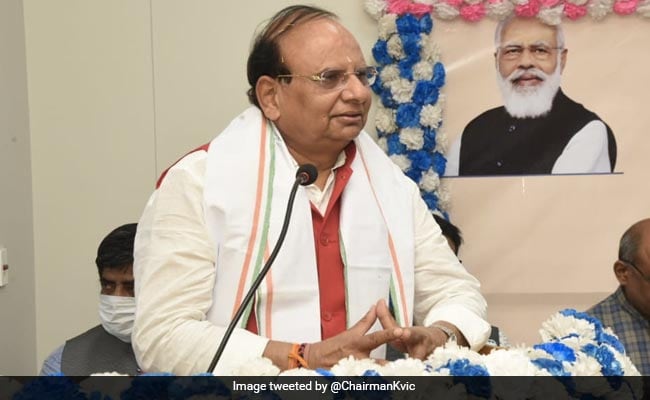 AAP MLA Duregesh Pathak on Monday alleged in Delhi Assembly that Lieutenant Governor Vinai Kumar Saxena had pressurised his employees to exchange demonetised notes worth Rs 1400 crore in 2016 when he was KVIC chairman.

No reaction was immediately available from the LG office over the allegations.

It could further spur the relations between the ruling party and LG who last month recommended a CBI probe into alleged irregularities in Excise policy of Kejriwal government. “When he was KVIC chairman, demonetisation happened and a cashier working there has given in writing that he was forced to carry out exchange of notes. It is unfortunate that he was suspended. Those who levelled all dismissed. But we want a probe in this. There is a news report also and there are statements by the affected employees,” Pathak said.

They were demanding Saxena’s removal from the post of Delhi Lt Governor.

“When he was KVIC chairman he got exchanged demonetised notes by pressuring his cashier. In Delhi branch alone, Rs 22 lakh were gotten exchanged. There are 7000 such branches across the country which means there was a scam of Rs 1400 crore,” said the ruling party.

AAP MLAs demanded a CBI and ED probe in the matter and demanded his resignation and arrest.