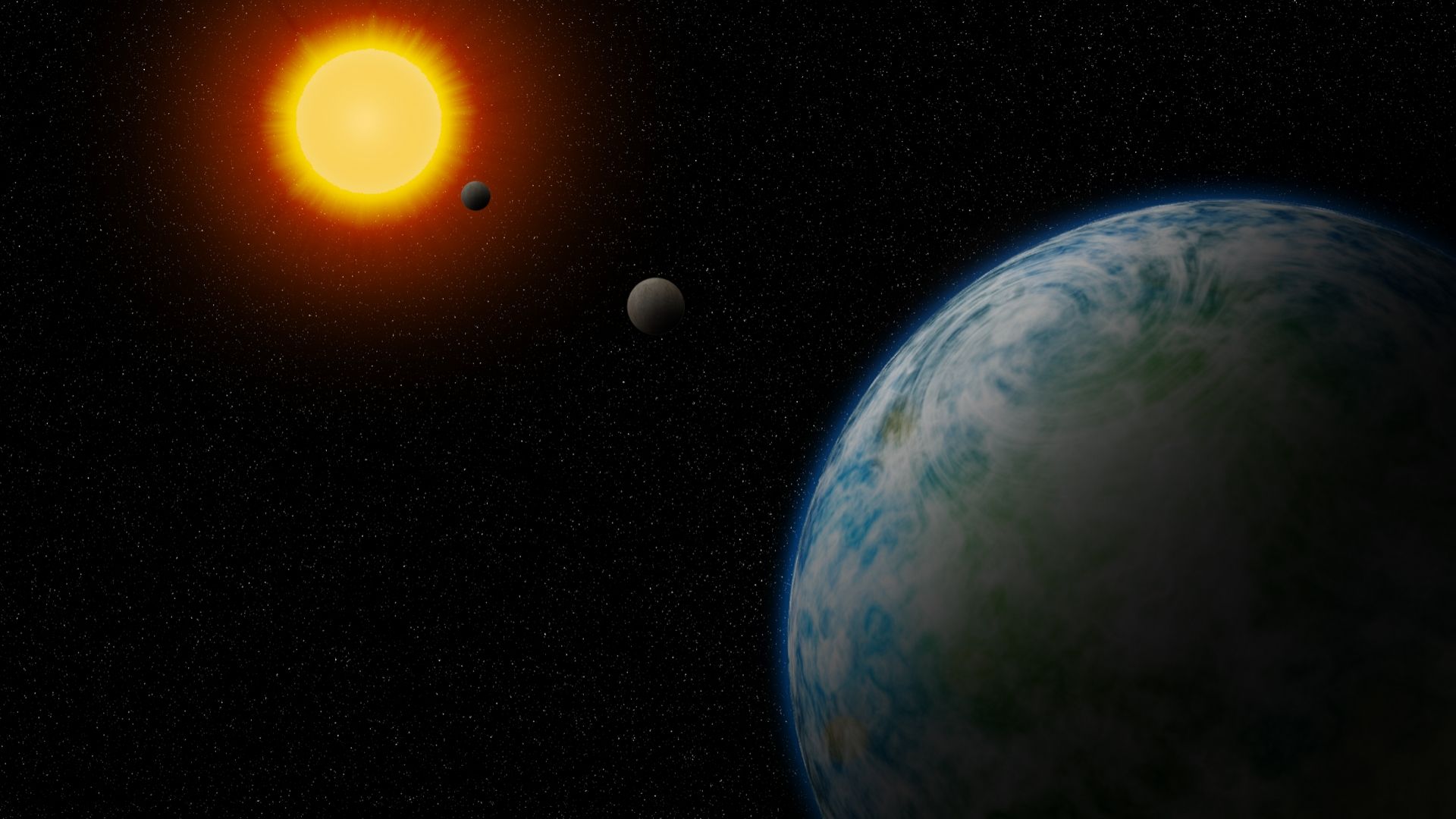 Two planets from the five new exoplanets were found in the conservative habitable zone of their respective stars – GJ180 and GJ229A. The potentially habitable exoplanets are both super-Earths about 7.5 and 7.9 times the mass of our planet with orbital periods of 106 and 122 days respectively.

Red dwarfs like these stars are the most common in the Milky Way. These are much cooler compared to our Sun, allowing them to host planets much closer to the habitable zone of yellow stars. Most planets found in the habitable zone of red dwarfs are tidally locked— only one side of the planet ever faces the host star, just like how Moon is to Earth.

Lead author of the study, Fabo Feng explained, “GJ180d is the nearest temperate super-Earth to us that is not tidally locked to its star, which probably boosts its likelihood of being able to host and sustain life.”

SEE ALSO: An Exoplanet Spiraling To Its Doom; Astronomers Predict Its Time Of Death

The planet orbiting GJ229 is also the nearest temperate super-Earth found in a system with two stars. The red dwarf has a companion brown dwarf, which was one of the first of its kind to be imaged. Brown dwarfs are sub-stellar objects that failed to sustain hydrogen fusion, warranting the moniker ‘failed stars’.

One of the planets that was found orbiting the dim red dwarf, GJ433 is a Neptune-mass planet. According to the researchers, the super-Neptune is the widest, coldest and nearest exoplanet of its kind ever detected. The planet presents the astronomers with the first-ever opportunity to directly image a super-Neptune planet.

Researchers used the radial velocity method in their study to find the exoplanets. While a star exerts its gravitational influence on the celestial body orbiting it, the smaller body exerts its own gravitational force on the star. This causes the star to wobble which is very subtle and can be observed through changes in the normal light signature of the star.

Co-author of the study Jeff Crane explained, “We eventually want to build a map of all of the planets orbiting the nearest stars to our Solar System, especially those that are potentially habitable.”

A “cold Neptune” and two potentially habitable worlds are part of a cache of five newly discovered exoplanets and eight exoplanet candidates found orbiting nearby red dwarf stars by a @CarnegiePlanets-led team (that included many from @CarnegieAstro too): https://t.co/rVTovW7f9x pic.twitter.com/6zy2GX6ZXH

Is It Too Late to Stop Amazon?

The Best Movies to Watch on New Year’s Eve

What is AWS Fargate?

The Best Horror Movies to Watch in the Dead of Winter

This Tiny Device Turns Your Screen Into An Interactive Touchscreen