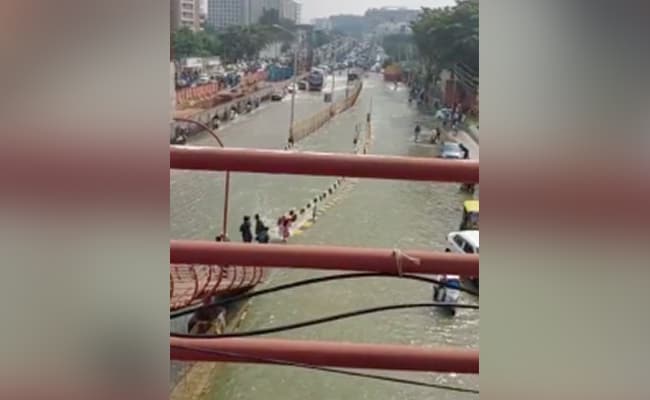 Karnataka has been witnessing heavy rain over the past few days

Trees were found uprooted in several areas and a holiday was declared for schools and colleges today, they added.

A video shows vehicles stranded on a long waterlogged stretch on Bengaluru-Mysuru highway, while pedestrians struggled to walk.

In some areas, stranded citizens were evacuated with the help of boats.

The state has been witnessing heavy rain over the past few days. On Monday, Karnataka Chief Minister Basavaraj Bommai visited flood-affected areas, including Ramanagara, to take stock of the situation.

Since June 1, Karnataka has received 820 mm of rainfall, affecting 27 districts and 187 villages, impacting a population of 29,967.