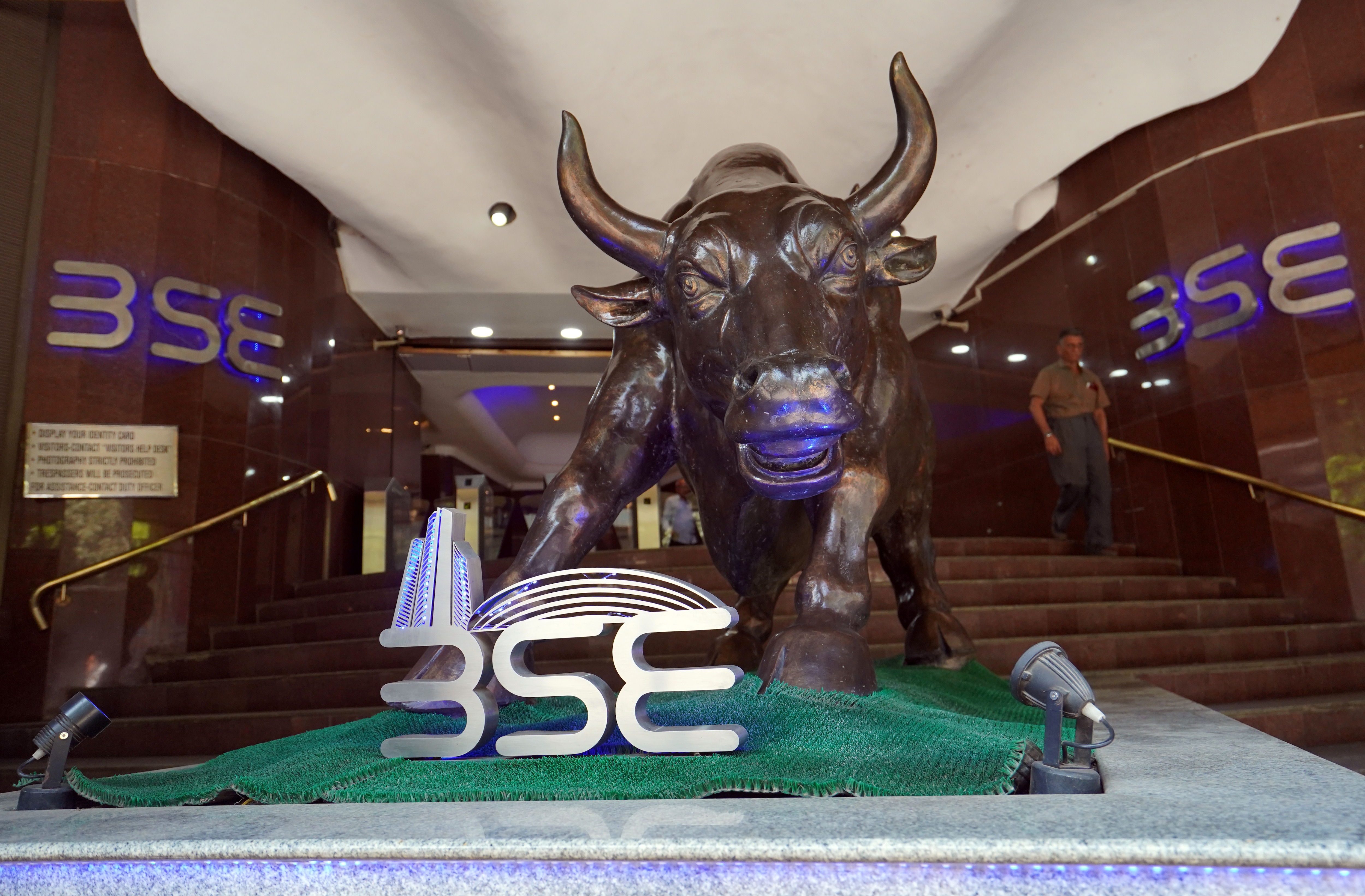 The Sensex index ended on a positive note on Friday in a volatile session swinging between gains and losses ahead of key US jobs data, even as global stocks were poised for their third straight week of losses.

“The market has struggled for a firm direction today as global markets were largely under selling pressure ahead of the release of US jobs data, which could provide insight into upcoming Fed actions,” Vinod Nair, Head of Research at Geojit Financial Services, told PTI.

However, Maruti, Reliance Industries, IndusInd Bank, UltraTech Cement, Nestle and Tata Steel were among the laggards.

That comes after equity benchmarks crashed over 1 per cent to start on a weak note in September, a month that is often poor for global stocks’ returns, reversing two-straight months of bull run.

“Markets are technically in an overbought territory. Headlines over China-Taiwan will keep markets under pressure and US jobs data will be crucial to watch out. Overall, markets are under selling pressure,” said Prashanth Tapse, Senior Vice President for Research at Mehta Equities.

Despite a volatile week, foreign investor inflows continued in the domestic market. This week saw inflows of $776.86 million as of Thursday, with $534.34 million being pumped in the previous session.

A sharp rebound in Indian stocks this quarter has just seen their weighting rise to the second spot in the MSCI Emerging Markets Index, trailing only China’s.

But globally, after US central bank officials made it plain they view the need for restrictive monetary conditions for some time, an indicator of global shares is poised for its worst week since June. This is due to waning bets on moderate Fed tightening.

Global markets were on track to lose 3 per cent on the week and the dollar touched 24-year highs against the yen for a second day on Friday ahead of important US jobs data, as investors braced for aggressive rate hikes from the Federal Reserve.

Concerns about global growth are being exacerbated by recent lockdowns in China, and the European markets are being affected by high energy prices as a result of the conflict in Ukraine.

“The market is laser-focused on how aggressive the Fed is going to be with its hiking cycle,” Giles Coghlan, chief currency analyst at HYCM, told Reuters, pointing out that expectations for higher rates have solidified since a speech last week by Fed chair Jerome Powell at the Jackson Hole central banking conference.

The markets are worried about “China slowing, euro zone recession and a hawkish Fed,” he added.

Fears of a recession are growing in Europe as a survey released on Thursday revealed that manufacturing output in the euro zone fell once more last month as consumers reined in their spending driven by the stress brought on by the increase in the cost of living.

But due to strong performance from automakers and financial services companies, the Stoxx 600 index in Europe rose, breaking a five-day losing trend. While Asian equities sank, US futures reduced their losses to trade barely changed.

The MSCI world equity index steadied above 6-week lows set in the previous session but was heading for its third straight week of losses.

MSCI’s broadest index of Asia-Pacific shares outside Japan fell 0.5 per cent, heading for its worst weekly performance since mid-June with a tumble of 3.6 per cent, as rising expectations of aggressive global rate hikes hit risky assets.

Under pressure from central bankers determined to quash inflation even at the cost of a recession, global bonds slumped into their first bear market in a generation.

The Bloomberg Global Aggregate Total Return Index of government and investment-grade corporate bonds has fallen more than 20 per cent from its peak in 2021 due to market anxiety that rising rates will harm GDP.

Investors are also exiting global stock funds at a fast pace, with the fourth-largest weekly outflows of the year in the week through August 31, according to BofA citing EPFR Global data.

Here’s How Companies Catch Such Acts