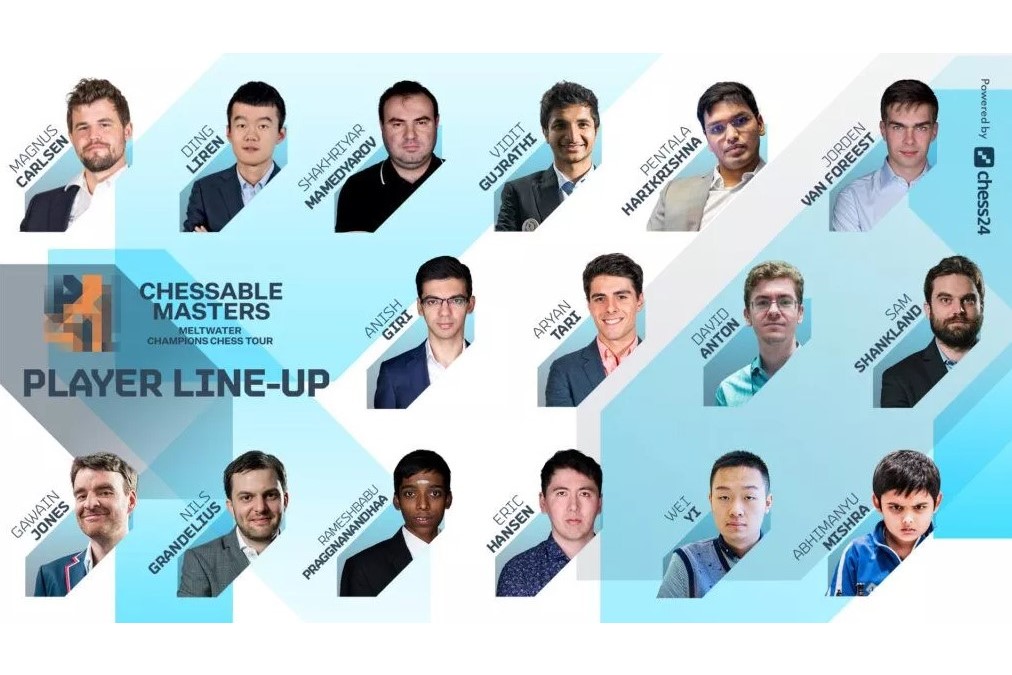 Norway’s world champion Magnus Carlsen, the current Tour leader and world number one for over a decade, returns hoping to shrug off the disappointment of being pipped at the post in the last event. He will face Ding Liren, China’s number one, who returns having regained his second spot in the world ranking after missing the Oslo Esports Cup.

Ding will tell all about his marathon run of games to qualify for the upcoming FIDE Candidates tournament show in an exclusive interview with chess24’s Kaja Snare. Look out for that when the tournament starts.

Two of the world’s top teenage talents, India’s boy wonder Rameshbabu Praggnanandhaa and the world’s youngest grandmaster Abhimanyu Mishra, from New Jersey, will also grace the 16-player line-up. Three-time Chinese Champion Wei Yi makes his debut. The 22-year-old was once considered one of the most exciting talents in chess history.

India will have three players at the Chessable Masters. The new chess superpower is represented by three grandmasters with Pragg joined by India’s national numbers two and three, Vidit Gujrathi and Pentala Harikrishna, respectively.

The Fashionable Caro-Kann Vol.1 and 2

The Caro Kann is a very tricky opening. Black’s play is based on controlling and fighting for key light squares. It is a line which was very fashionable in late 90s and early 2000s due to the successes of greats like Karpov, Anand, Dreev etc. Recently due to strong engines lot of key developments have been made and some new lines have been introduced, while others have been refuted altogether. I have analyzed the new trends carefully and found some new ideas for Black. 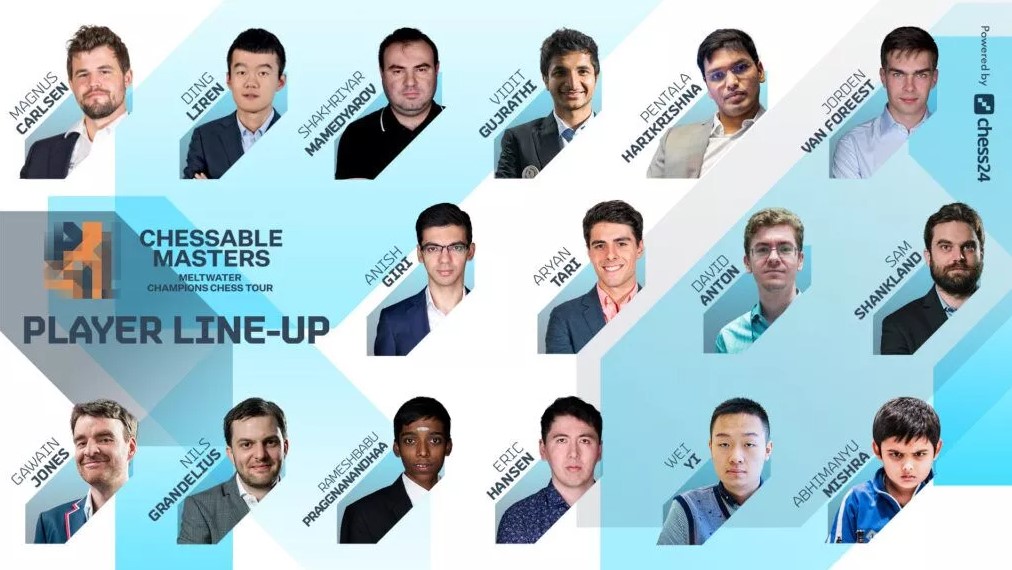 This event, the third edition of the Chessable Masters, promises to be a real blockbuster.

Among others, we have the two best players by ranking in the world up against each other, a newcomer in Ivan Saric who is a dynamic attacking threat, the world’s youngest grandmaster and 16-year-old Pragg who came so close last time to winning his first Tour event.

“Can Pragg do it this time? After what happened at the end of the last Meltwater Champions Chess Tour event, anything is possible.

The eight-day Chessable Masters starts on May 19 and coverage will focus on the study of chess openings. A prize pot of up to $150,000 is up for grabs and two qualifying spots for the next Tour Major. 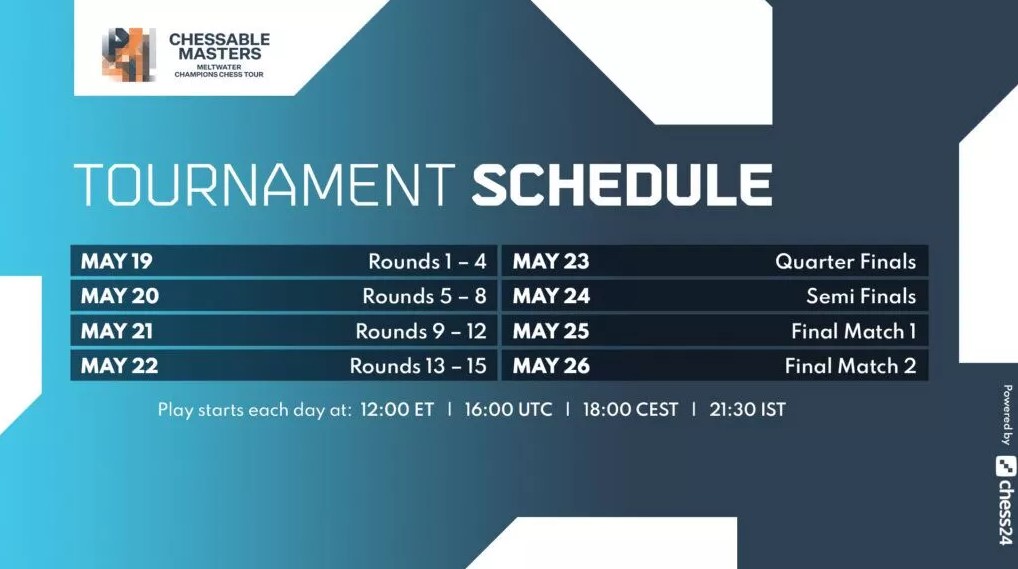 For the first stage of the event, all 16 players will compete in a round-robin, with the top 8 progressing to a knockout. The final will be staged on May 25 and 26.

The Chessable Masters is leg 4 of the Meltwater Champions Chess Tour. The overall Tour winner in November will be crowned the world’s best online chess player.

The full line-up is as follows: