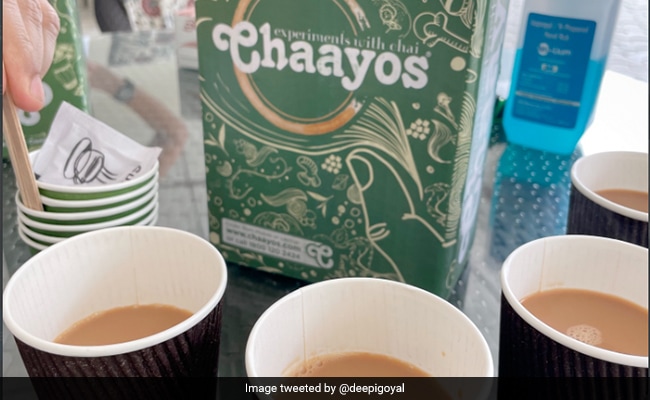 Chaayos runs a tea-forward line of cafes in the country.

Cafe chain Chaayos on Thursday apologised and said its Twitter account had been hacked after facing a backlash for its social media handle seemingly liking three anti-Muslim tweets.

Chaayos founder Nitin Saluja said the company’s Twitter account “was hacked for about half hour and a few offensive tweets were liked in that time”.

We have investigated and found that @Chaayos Twitter account was hacked for about half hour and a few offensive tweets were liked in that time. My personal apologies for the same.

I want to personally ensure everyone that as a founder and as an org, we respect all faiths equally

The cafe chain had apologised earlier too, and had said it was investigating the incident.

There was an offensive tweet that was inadvertently liked from our account. Chaayos detests and denies any view mentioned in the said tweet. We apologise to everyone and to those who were impacted by it.

We want to assure our guests and Team that as a responsible organisation we have always respected people of all faiths equally and shall continue to do so forever.
We are investigating what led to this and shall take corrective action asap.

Many Twitter users were outraged by the three tweets that targeted Muslims and were visible under the ‘Liked’ section of the brand’s Twitter page.

So is this official @Chaayos policy or some social media intern gone crazy? pic.twitter.com/TFAE5L4k6O

The company’s response, however, left many unconvinced about why anyone would only like three offensive tweets if they had access to the handle.

Please share a report of investigation and the corrective actions once the probe is over. If your employee’s bigotry can be in public domain, so can be the findings of your investigations.

Founded in 2012, Chaayos has promoted a tea-forward line of cafes in Indian cities, competing with the likes of Cafe Coffee Day and Starbucks.

India Reacts To US Sanction Against Mumbai-Based Petrochemical Firm