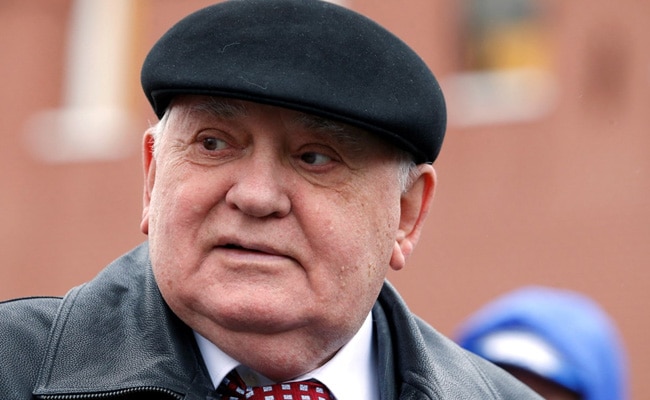 China on Wednesday mourned the death of the last leader of the erstwhile Soviet Union Mikhail Gorbachev amid a spate of criticism in the official and social media here over his attempts to open up the country and strike rapprochement with the US, leading to the collapse of the mighty communist nation.

“Gorbachev made positive contributions to the normalisation of China-Soviet Union relations,” Chinese Foreign Ministry Spokesperson Zhao Lijian said when asked for Beijing’s reaction to the death of the former Soviet Communist leader during whose tenure the Soviet Union disintegrated in 1991.

“We mourn his death and express our condolences to his family,” Mr Zhao told a media briefing in a brief cryptic reply to a question seeking Beijing’s reactions to the death of a 91-year-old leader.

He died at a Moscow hospital, according to Russian state news agency Tass.

The CPC, which has monopolised power since 1949, regards the collapse of the Soviet Union as the most important lesson for it not to repeat the mistakes.

The rise and fall of the Soviet Communist Party formed part of the curriculum in CPC-run ideological schools to educate the cadre.

After he took over power in 2012, Chinese President Xi Jinping who also heads the CPC and the military in one of his early speeches warned cadres of a Soviet-style collapse if the party is confronted with ideological dissent, military disloyalty and corruption, the deadly mix that led to the dramatic disintegration of once mighty Soviet Union.

China must heed the still “deeply profound” lessons of the former Soviet Union, where political rot, ideological heresy and military disloyalty brought down the governing party, President Xi was quoted in the media as telling the party leaders in 2013.

“In the end, nobody was a real man, nobody came out to resist,” President Xi said, referring to the collapse of the Soviet Union after the 74-year-long rule by the Soviet Communist Party.

About the Chinese Communist Party, he said, “we’re a major power, and we absolutely cannot allow any subversive errors when it comes to the fundamental issues”.

While the West remembered him, and praised his historical role for bringing the Soviet Union closer to the West and ending the Cold War, Chinese observers considered him as a tragic figure who catered to the US and the West without principle, a write up in the state-run Global Times said.

He made severe mistakes in judging the international situation, and caused chaos in domestic economic order, which all serve as a reminder to other countries to stay cautious about any attempt of “peaceful evolution” by Western forces, it said.

In a historical reflection, Gorbachev is naive and immature, who represented a certain historical period of Russia (USSR) shifting between the paths of “seeking an independent way” and “embracing the West,” the report quoted observers as saying.

Blindly worshipping the Western system made the USSR lose independence, and the Russian people suffered from the political instability and severe economic pressure, which China considered as a major warning and lesson to draw experience from for its own governance, the report said.