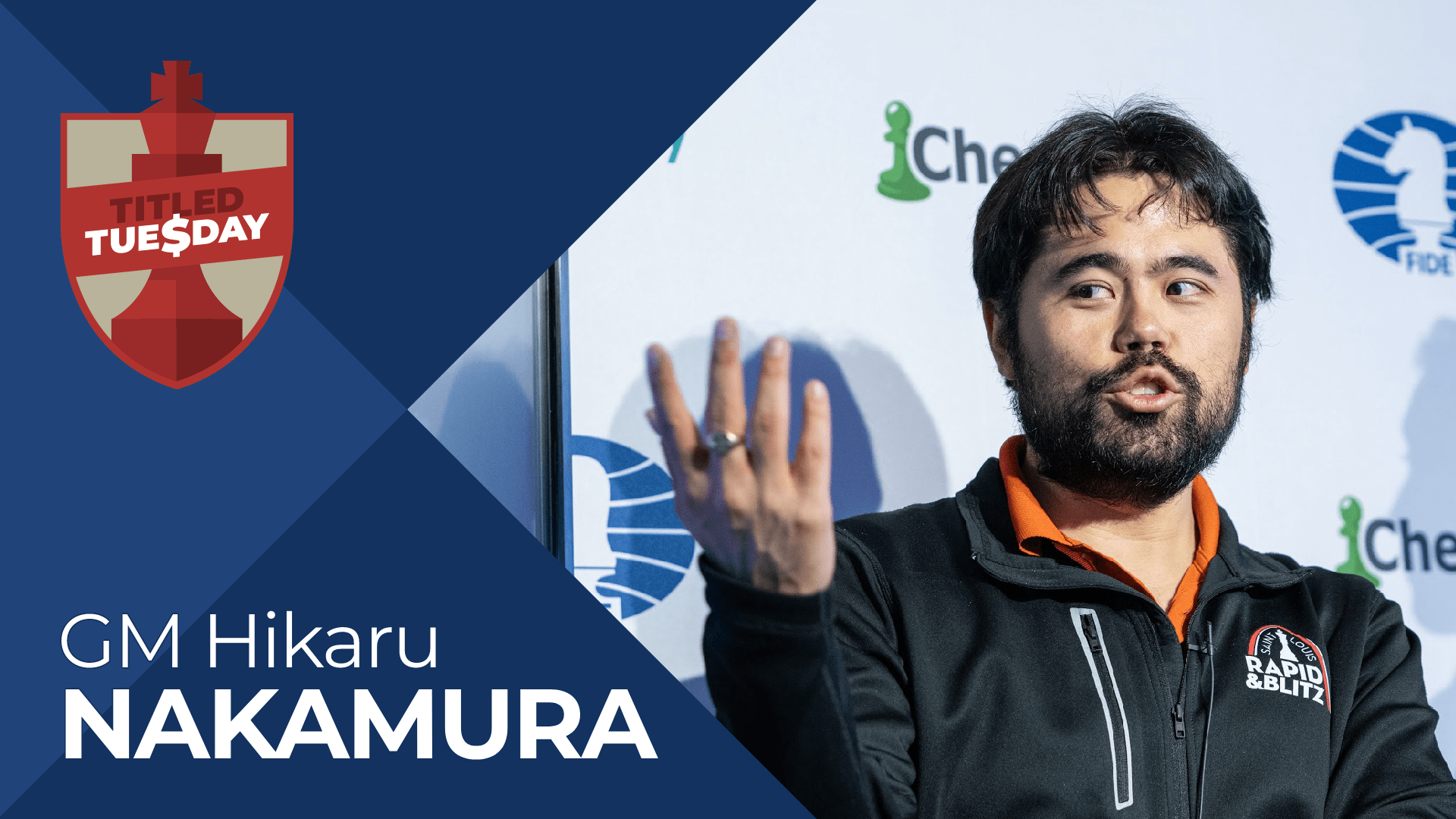 There were multiway ties at the top in both Titled Tuesday tournaments on April 19, but they produced two familiar winners. GM Hikaru Nakamura had the best tiebreaks of three players on 9.5/11 in the early tournament, while GM Dmitry Andreikin won out of a five-way tie in the late edition.

Ultimately, it was a repeat of March 29, a mere three weeks ago, which was also won by Nakamura early and Andreikin late.

399 players joined the early tournament, which was not broadcasted as it was played concurrently with the Junior Speed Chess Championship match between GM Nihal Sarin and IM Aronyak Ghosh. Nakamura was joined on 9.5 points by GM Vladimir Fedoseev and GM Rasmus Svane but held the tiebreak advantage.

Nakamura and Fedoseev both started with 6/6, setting up a key seventh-round matchup that went to the American in a tough-fought game by both players.

Nakamura’s tournament lead didn’t last very long as he lost his very next game against Andreikin, and he also drew in round 10 against Svane. Meanwhile, Fedoseev ripped off three more wins in rounds 8-10 and it was he, not Nakamura, who led the tournament entering the final round.

Fedoseev drew in just 20 moves against the fifth-place finisher, GM Alexander Moskalenko, while Nakamura faced and defeated one of his many Chess.com nemeses, IM Le Tuan Minh.

Meanwhile, Svane kept pace with the leaders by defeating GM Oleksandr Bortnyk in the last round.

Broadcast of the late tournament hosted by NM Alex King.

A five-way tie through eight rounds stayed that way through round 11, although the players changed during an eventful last few rounds.

After nine rounds, only Andreikin and Dobrov were tied for first, but they had drawn in round seven and so faced other opponents. Andreikin put some space between himself and the rest of the field by defeating GM Daniel Naroditsky while Dobrov drew his game against GM Fabiano Caruana.

Andreikin was unable to pull away, however, as his attempt to win the tournament outright depended on getting through Nakamura in the last round. The latter got his revenge for their earlier game, winning on time from a long and materially-imbalanced position, but Andreikin retained the tiebreak advantage on the field and so secured a victory in the late tournament.

Nakamura’s win in the last round still brought him into the top five at the last second after he had lost in rounds three and nine, to Dobrov in the latter. Outside of that game, however, Dobrov made only draws in the final four rounds and settled for second place. Caruana, who lost in the very first round, and GM Andrey Esipenko also reached nine points.

Andreikin took home $1,000 for his victory while Dobrov earned $750 for second place. Esipenko and Nakamura had the same tiebreak score and so each won $225, which gave Nakamura a total of $1,225 on the day. Winning $100 were Caruana in fifth place and WGM Meri Arabidze as the highest-scoring woman in the field with 7.5/11 and in 21st overall. 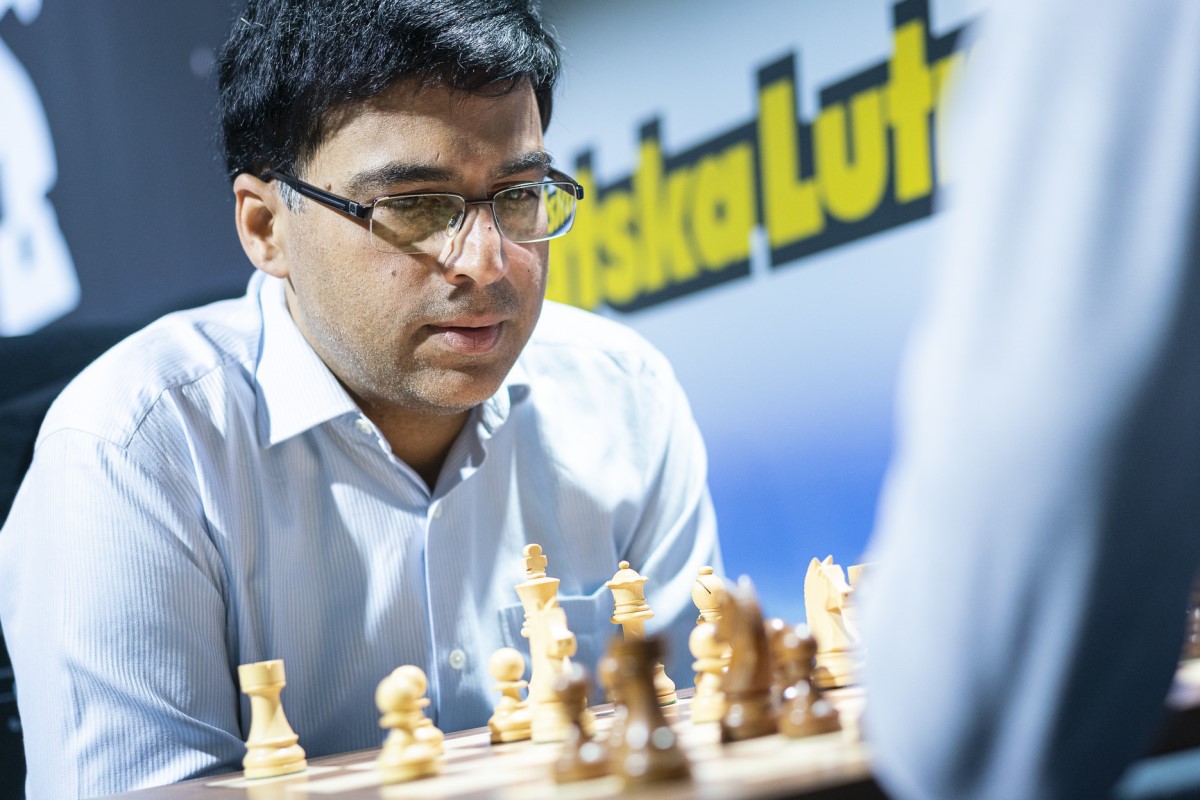 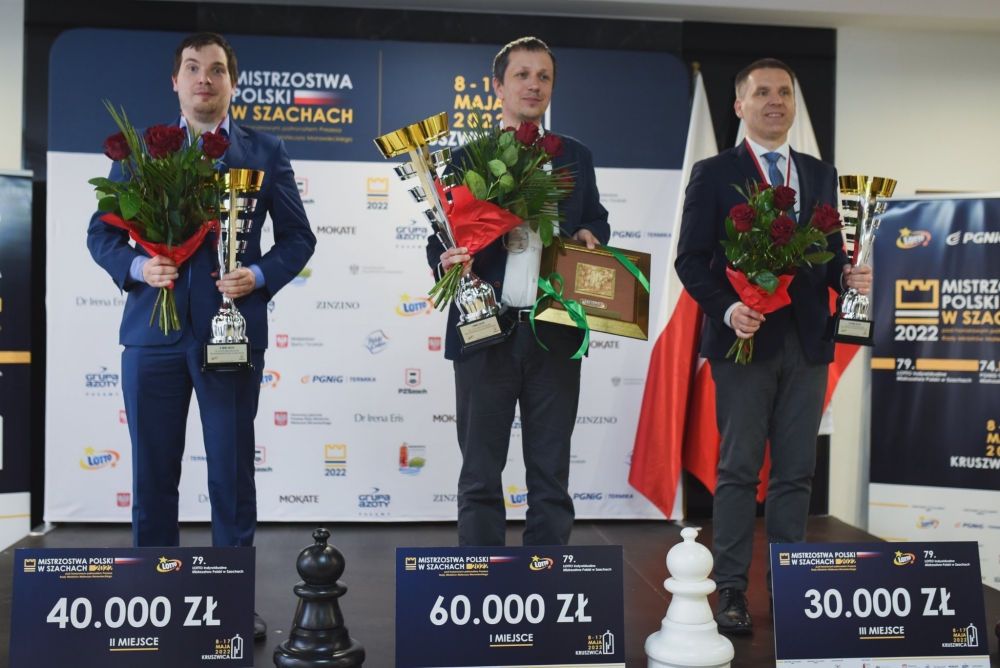 Novak Djokovic aiming to be ‘as ready’ as possible for French Open | Tennis...