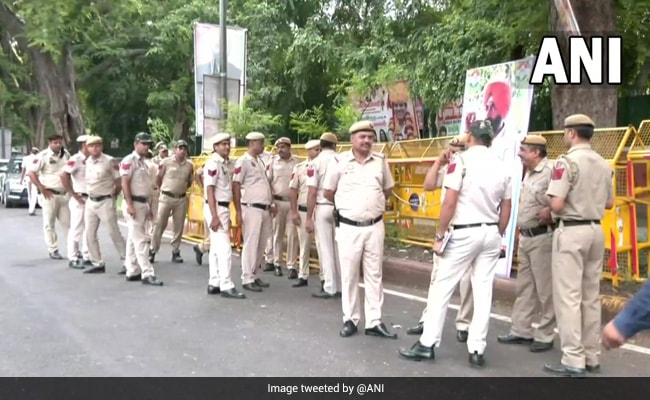 Adequate security arrangements have been made in and around the Ramlila Maidan in central Delhi in view of the Congress’ protest on Sunday, officials said.

The Delhi Police has also issued a traffic advisory on its official Twitter handle, alerting the commuters about road closures on Sunday.

According to police, paramilitary forces will be deployed along with the local police at the venue for the rally and metal detectors will also be placed at the entry points of the ground.

“Due to a protest call by the Indian National congress at Ramlila Maidan tomorrow, some stretches around the venue shall observe road closure,” the Delhi Traffic Police tweeted on Saturday.

It advised commuters to avoid some stretches that will remain closed due to the rally.

Congress leaders held press conferences in 22 cities across the country early this week and gave a “Dilli Chalo” call for its ”Mehangai Par Halla Bol rally” at Ramlila Maidan on September 4. The rally will be addressed by senior Congress leaders, including the party’s former president Rahul Gandhi.

In a Facebook post in Hindi, Rahul Gandhi had said the biggest problems facing the country today are unemployment, inflation and growing hatred.

Congress spokesperson Gourav Vallabh said the Centre has been “misusing the CBI and ED” to “silence the Opposition” but the party will continue to raise its voice against the rising inflation and imposition of GST on essential food items.