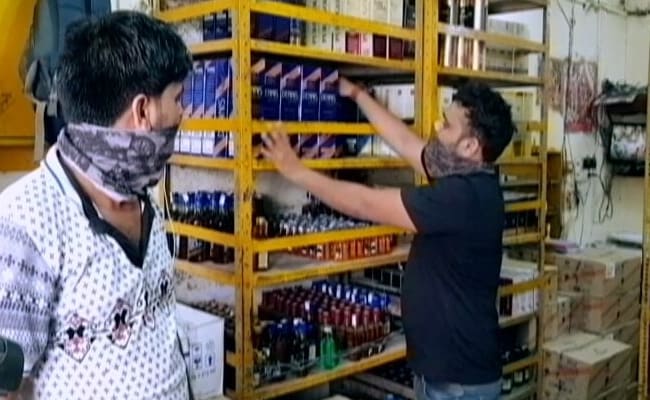 At least 300 liquor stores have been opened across the city. (File photo)

Delhi returned to the old excise policy regime on Thursday with the opening of government-run liquor vends in the city and exit of private players from retail business.

The Excise department claimed that four Delhi government undertakings have readied 300 liquor stores across the city. However, trade experts said around 240 of them would open on the first day after closure of private vends on Wednesday.

Those fond of liquor may also find many of their favourite brands missing from the shop shelves as just 130 IMFL (Indian-made foreign liquor) and 230 foreign brands have been registered so far by the Excise department.

The return of old excise policy, which was in force before November 17, 2021, also means that discounts offered by private vends on liquor brands and schemes like one plus one free and one plus two free become a thing of the past for Delhi.

Excise officials said teething troubles are expected to persist for some days but liquor supply and brand availability will improve in the coming days and weeks.

Vinod Giri, Director General, Confederation of Indian Alcoholic Beverage Companies (CIABC), said initial days of switching back to the old excise policy is not going to be easy.

Many L1 licensees (wholesalers) are in place and around 240-260 outlets are likely to start from day one, which will go up to 500 within a month, Giri said.

“Stocks are already filling up in retail. However, consumers may find some popular products, especially imported ones, missing on shelves as they are yet to register, nor is there a clarity when will they register,” he said.

“This will impact hotels, pubs, bars and restaurants where such products are popular. Prices will also go back up as discounts are not permitted,” Giri added.

The Excise Policy 2021-22, implemented on November 17, 2021, has been withdrawn by the Delhi government amid allegations of irregularities in its implementation. Out of 849 private vends issued licenses under the policy, about 250 were functioning that closed down on Wednesday.