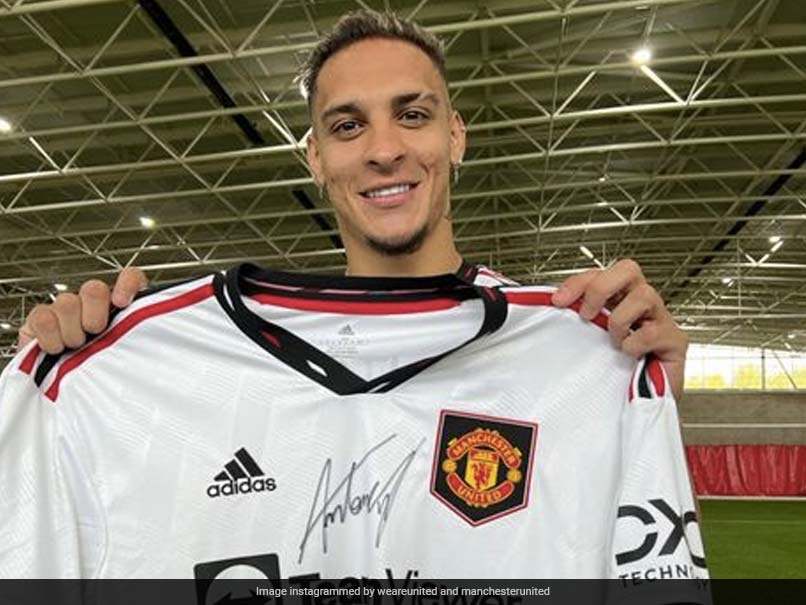 Erik ten Hag has yet to decide whether to give Brazil forward Antony his Manchester United debut in Sunday’s clash against Premier League leaders Arsenal. Ten Hag splashed out 82 million pounds ($94 million) to sign Antony from Ajax on Thursday. But the United manager refused to reveal whether the 22-year-old will feature at Old Trafford this weekend. After dismal defeats against Brighton and Brentford to start his reign, Ten Hag’s side have won three in a row, including Thursday’s 1-0 victory at Leicester.

Brazil midfielder Casemiro is yet to make his first start since joining from Real Madrid and his compatriot Antony is waiting to discover if he will be in the same situation.

“Thursday he did his first training, individual,” Ten Hag said.

Winners of their first five games, Arsenal are the Premier League’s only remaining team with a perfect record this season.

Ten Hag knows they will pose a stern test of United’s recent revival.

“I have seen Arsenal, a tough opponent. They’ve started really well, as we all know,” he said.

“In the season you can see there’s a team who are longer together, with a coach who is bringing his philosophy in the team, so for us it’s a good test.

“I’m really looking forward to it and we will pick the right XI to start. But as you see, it’s not only a team. We have a squad.

“Also today the subs who came on did really well, so I’m happy with that and that is what we have to construct further.”

Ten Hag has been encouraged by the upturn in United’s form, with their determination to hold onto the lead given to them by Jadon Sancho‘s goal at Leicester proving a stark contrast to last month’s shambolic 4-0 loss at Brentford.

“I have seen some good stuff. It’s more than details but I see structures are coming,” he said.

“It’s about formation, about getting and creating lines and then making the right decisions.

“But also the decisions on the ball and out of possession, we are making good steps, we have a base but there’s still a lot of room for improvement.”