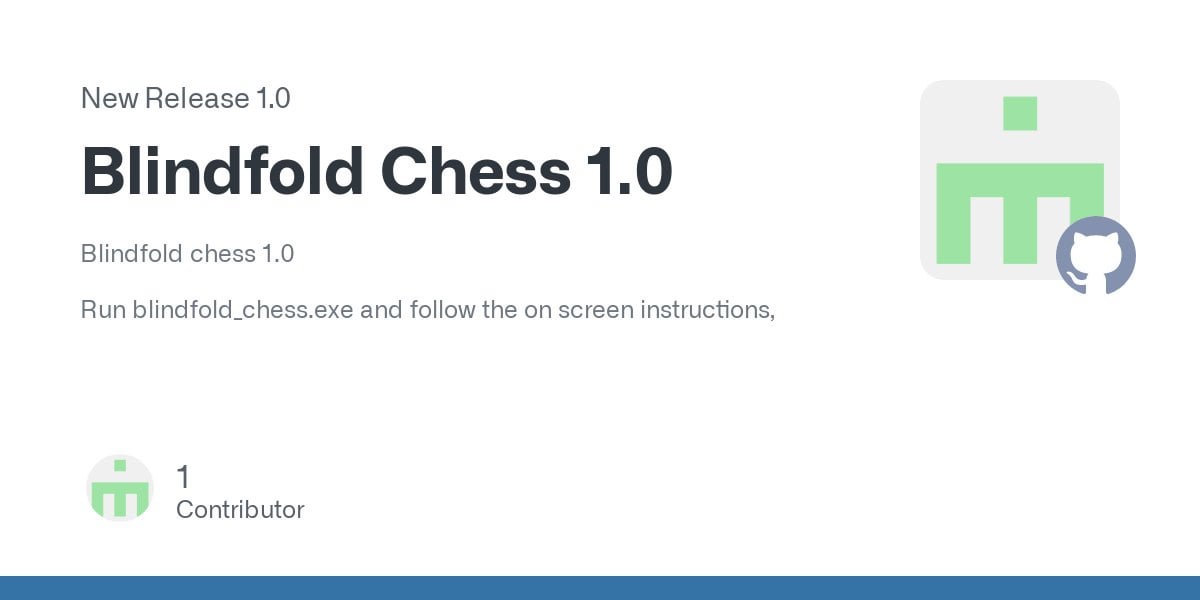 Edit: I’ve added an option to only show the last move.

I’ve written a chess game which is played in the console where you play a text-based chess game against stockfish. I’m hoping to use it to practice my blindfold chess.

As you can see it asks for a move, gives the computer move, then continues on like this until the game ends. It’s a very simple program but I think it should be useful for training your chess vision with blindfolded games.

Or if you want to run the python script directly, the source is here: https://github.com/sgriffin53/blindfold_chess/

There’s also a youtube video here which shows it running and the board/moves commands: https://www.youtube.com/watch?v=TNGGYuxPbyE

If you try it out, let me know what you think, and if you have any suggestions. Thanks.