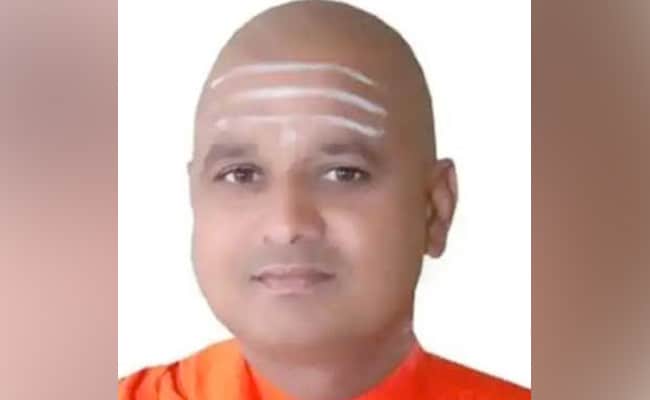 Police have recovered his purported suicide note and investigation is on

A Lingayat seer in Karnataka was found dead at his mutt in Belagavi district early this morning, officials have said.

Basava Siddalinga Swami, seer of Sri Guru Madiwaleshwar Math, was found hanging at his quarter by his followers and attendants, they added.

Police have recovered his purported suicide note and investigation is on to ascertain the cause of his death. The content of the note is not known yet.

Sources say the seer was reportedly upset over a video in which two women were seen discussing the alleged cases of sexual assault in some mutts in Karnataka.

The women had also mentioned his name in the video.

Earlier this month, Shivamurthy Sharanaru, who heads the Murugha Math –  one of the key Lingayat seminaries in the state, was arrested and sent to judicial custody for 14 days for allegedly sexually assaulting two minor girls. Both girls have accused him of sexually abusing them for years.

He was arrested following protests by the civil society members and various organisations at Karnataka’s Chitradurga and Mysuru districts.