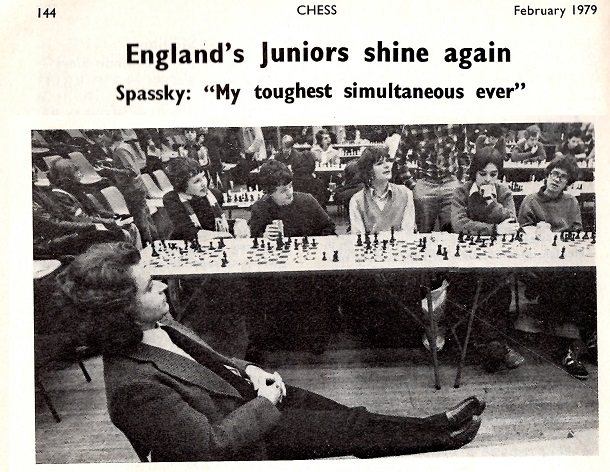 The chess boom triggered by the 1972 Fischer–Spassky match enthused many talented youngsters, especially in Britain. Boris Spassky became an early casualty of the fallout from the ‘English chess explosion’ when he took on a schoolboy squad over 30 boards in 1979. The event was the brainchild of Leonard Barden who wrote a daily chess column for the sponsor, London’s Evening Standard.

Spassky, 41, then ranked third in the world, lost five and drew 12. He described the seven-hour ordeal as ‘hard bread’:

‘This was my toughest ever simultaneous. Until today I’ve never lost more than four games in an exhibition in my life. Many of these youngsters would be candidate masters in Russia. I wouldn’t take them on again for double the money.’

Spassky takes the first of three 10-minute breaks. His opponents (left to right): Nigel Short, Julian Hodgson, Glenn Flear, David Cummings and William Watson. The match was sponsored by the Evening Standard with support from the National Bank of Dubai and the Slater Foundation.

It is a measure of the strength of the juniors that ten of them went on to make a living from chess as either player, writer, coach or businessman (some combining all four). Eight became grandmasters and five international masters. Others preferred to forge a career in law, accountancy or IT. Around half are still active players, 41 years after their remarkable  feat. 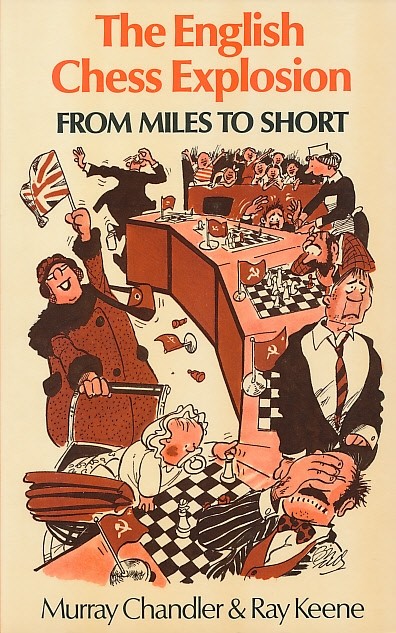 Many thanks to Gary Lane for the programme which gives the full line-up with mini biographies.

The Team to play Boris Spassky:-

In simuls Nigel has beaten Korchnoi and Petrosian. World Nos. 2 and 4. Now he plays Spassky, World No.3. 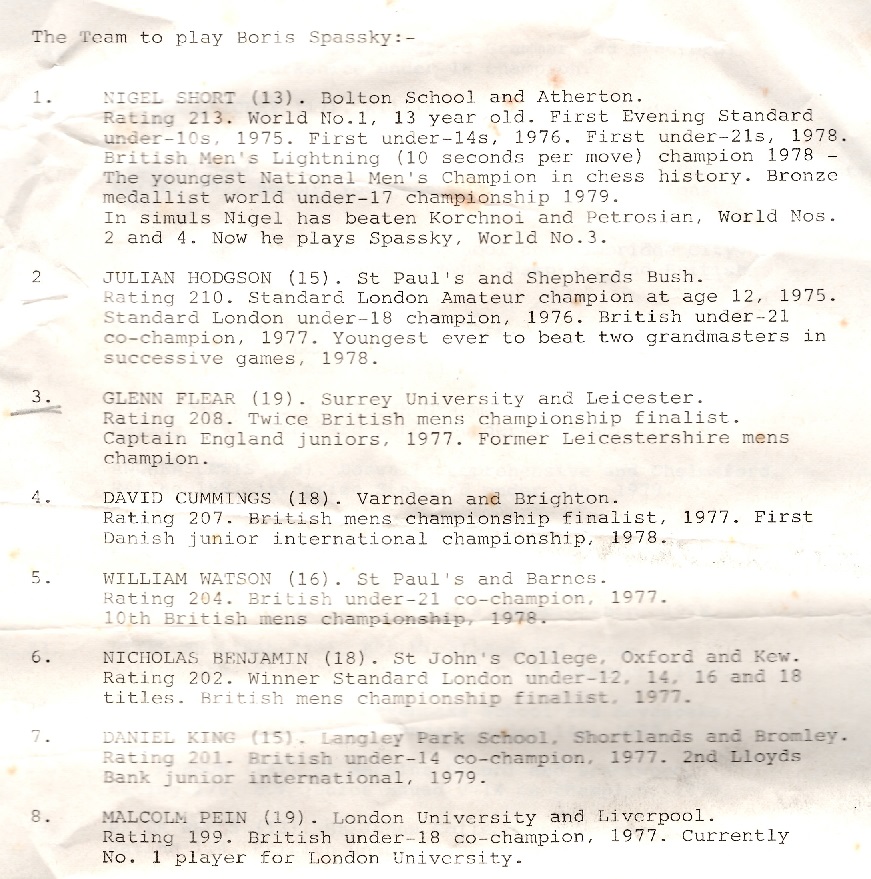 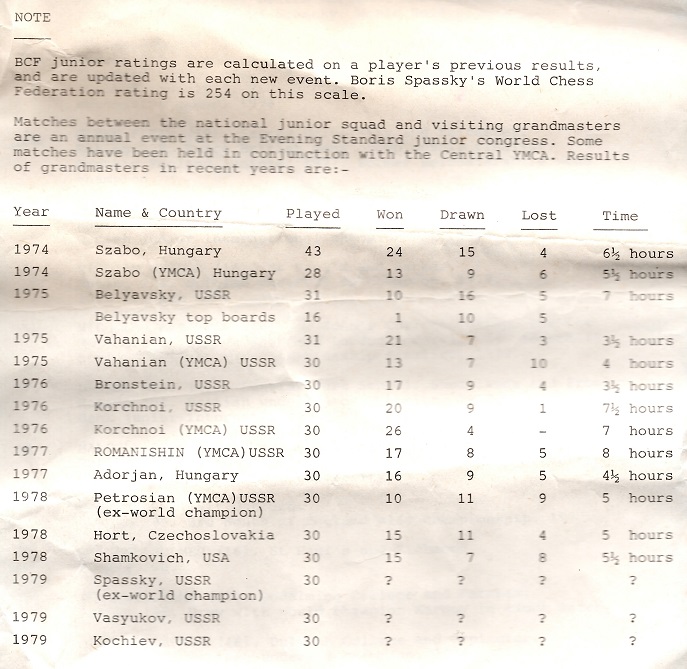 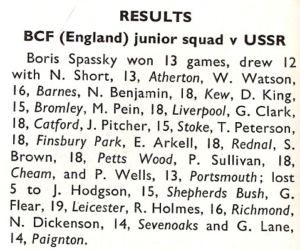 It is a shame that only five of the games appear to have been published. Do let us know if you are aware of scores or positions from any of the others.

All of these games appeared in CHESS except Spassky–Flear which is reproduced with permission from Olimpiu G. Urcan’s excellent digital chess column.

With thanks to Keith Arkell and Malcom Pein for the following scores: