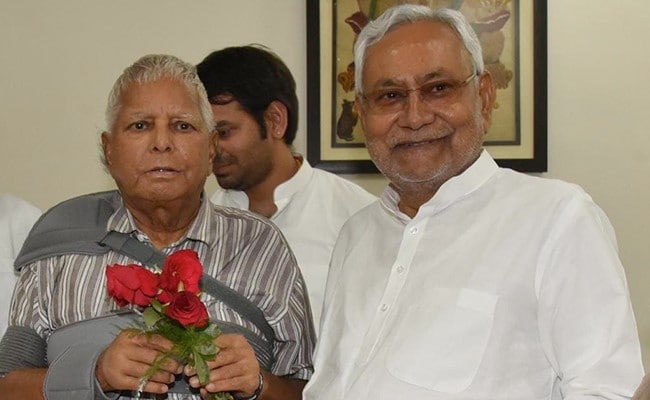 Mr Yadav claimed that the BJP wants to disturb communal harmony in the society to hide the real issues that people are facing.

“I along with Nitish Kumar ji will meet Sonia (Gandhi) ji in Delhi. I will also meet Rahul Gandhi after the completion of his ‘padyatra’…The united opposition will throw the BJP out of power in the next Lok Sabha polls,” Mr Yadav said while addressing the party’s state council meeting.

On Union Home Minister Amit Shah’s upcoming visit to the Seemanchal area of Bihar, the former chief minister said people need to be alert and careful.

“BJP leaders might instigate people of different communities to fight with each other in the state,” said Mr Yadav on Wednesday.

Seemanchal region has a heavy concentration of Muslim population. Mr Shah is scheduled to address two rallies on Friday and Saturday in Purnea and Kishanganj districts, respectively.

This will be the first trip of Mr Shah to the state since a political upheaval stripped the BJP of power.

The grand alliance partners have also planned at least three rallies in the Seemanchal region after the home minister’s visit.