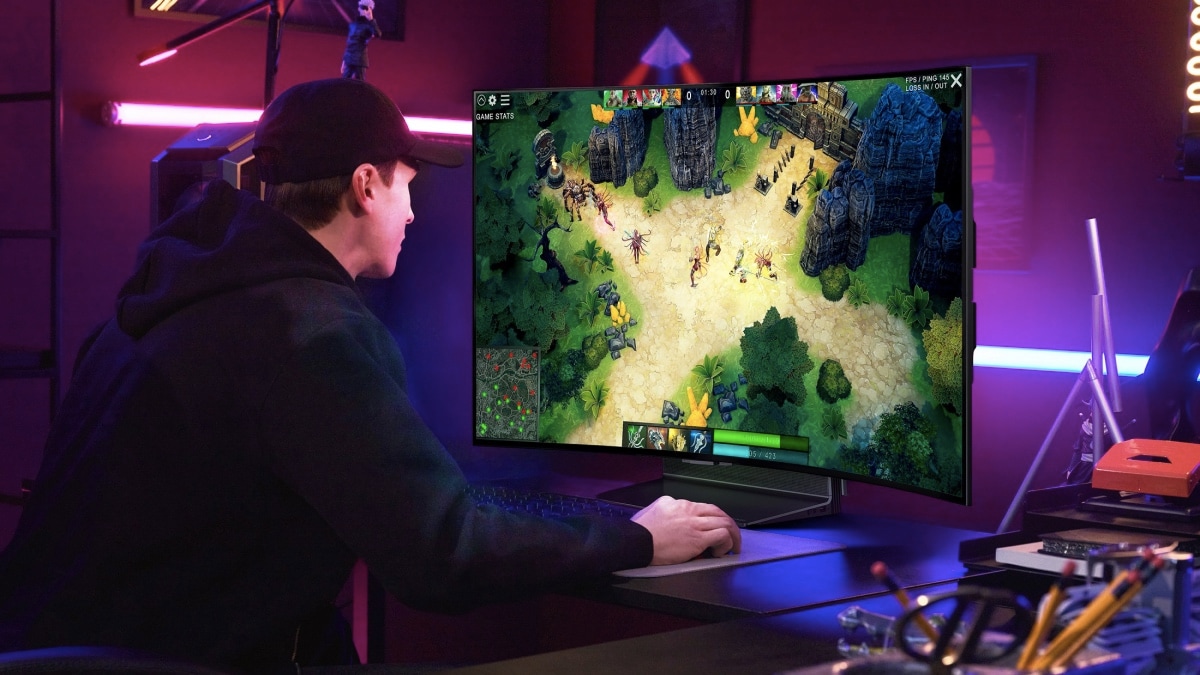 LG OLED Flex TV LX3 with a bendable display has been launched, and will be on demo at IFA 2022. The new television from LG has a 42-inch 4K screen that is bendable, so the TV can be used both as a flat and curved panel. The flexible panel can offer a maximum curvature of up to 900R. This makes the new television particularly suited for gaming, but the flexibility means that it can be used easily for regular viewing or even as a computer monitor.

The company has not yet announced pricing and availability details for the LG OLED Flex TV LX3, but it will be on display at IFA 2022 that is scheduled to take place from September 2 to 6 in Berlin, Germany. The new television is similar in features to the Corsair Xeneon Flex OLED 45-inch bendable monitor, which itself has been designed and developed in collaboration with LG Display.

The LG OLED Flex TV LX3 has a bendable display, with a maximum curvature of 900R. The curvature can be automatically adjusted to one of two presets using the included remote, but users can also manually adjust the screen in 5 percent increments, creating 20 different levels of curvature that can be used. The screen also has tilt and height adjustment for further customisation of the viewing angles.

Currently available in a single 42-inch size option, the LG OLED Flex TV LX3 has support for Dolby Vision and Dolby Atmos, with up to 4K at 120Hz resolution support. Other gaming-specific features such as variable refresh rate, auto low-latency mode, and compatibility for G-Sync and AMD FreeSync are also present.

As such, the LG OLED Flex TV can be used as a television for standard content viewing or gaming with a current-generation console, or even as a PC monitor, with flexibility of use either as a flat or curved display. The TV is powered by the LG Alpha 9 Gen 5 processor and has a front-firing 40W speaker system for sound.