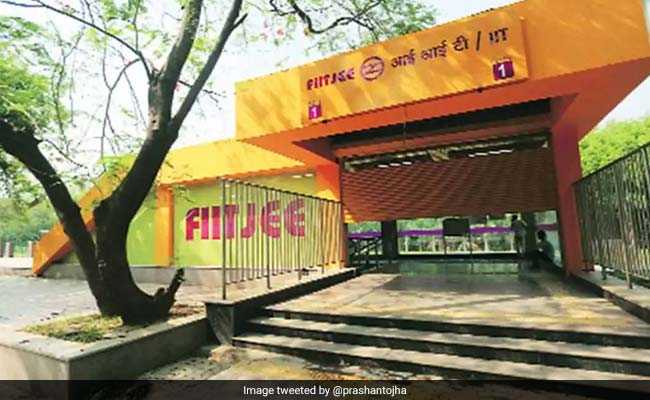 Over half a dozen liquor shops have been opened at Metro stations with big premises. (Representational)

The Delhi excise department has started opening liquor shops at metro station premises with an eye on better sales owing to high footfall in the area, officials said Saturday.

Over half a dozen liquor shops have been opened at Metro stations with big premises, including in Badarpur, Dwarka, Karol Bagh, Rajouri Garden and Mundka, a senior Excise department officer said.

The Delhi Metro Rail Corporation (DMRC) is being approached to get permission to open liquor shops by government undertakings at other stations, he said.

“Metro stations have a high footfall and that is a big factor in ensuring access to liquor products and thereby more revenue. Some vends have already opened at bigger Metro station premises and others will soon come up,” the excise department officer said.

The DMRC has issued licences for built-up shops on commercial terms to the Delhi Consumers’ Cooperative Wholesale Store Ltd (DCCWS) to open liquor stores at over half a dozen metro stations, officials said.

The four agencies will together open 200 more vends by year-end, officials said.

“Apart from commercial centres, shopping centres and malls, metro stations provide a good opportunity for better sales due to space availability and high footfall. Soon, with DMRC permission other corporations too will open shops at Metro premises,” officials said.

The excise department has already issued close to 450 licences to the four corporations. More than 350 liquor vends operated by these four agencies are currently running in the city.

In July, the government withdrew its Excise Policy, 2021-22 after L G VK Saxena recommended a CBI probe into its alleged irregularities. The government has reverted to the old excise regime that was operational before November 17, 2021, when the 2021-22 policy had come to effect with the opening of liquor stores by private players.

The four government agencies are searching for suitable space for setting up liquor vends as soon as possible to ensure normal supply and increase excise revenue.

“We are also planning to give licences for wine and beer shops which will only sell light alcoholic beverages and rather than those with higher alcohol content like rum and whisky,” said the excise officer.

The built-up shops at Metro station premises are also often spacious that serve the purpose of providing consumers experience of swankier vends. Presently, the four agencies entrusted with running liquor shops are hard-pressed to ensure proper space for the vends that require a minimum 300 square feet floor area.

“We are trying to ensure that the shops have at least 300 square feet of space but some adjustment is being made as smaller shops have to be rented with no option left,” an official said, adding wherever metro premises do not have shops, nearby areas are being explored for opening vends.