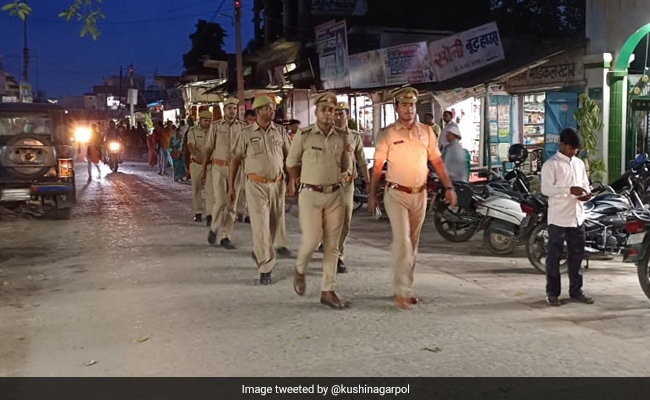 Police recovered the girl from a farm (File)

A 22-year-old man was arrested for allegedly raping a one-and-half-year-old infant girl of his neighbourhood, police said on Tuesday.

According to the police, Ravi Rai (22), a resident of the Vishnupura area of Kushinagar district used to often play with a one-and-half-year-old girl.

On Monday evening, he came to the child’s place and took her to his house, telling her family members that he will get her chocolates and toys.

When he did not return even after two hours, the family members went to the man’s house and inquired about the girl, but she was not there, they said.

During police interrogation, he admitted raping the baby girl.

Police recovered the girl from a farm.

On the written complaint of the family members, police registered a case against the man under the Indian Penal Code and Protection of Children from Sexual Offences (POCSO) Act.

“We got information that a 22-year-old man took a baby girl on the pretext of buying her chocolates and toys, and raped her,” Additional Superintendent of Police Ritesh Kumar Singh said.

Police have arrested the accused and the baby girl is undergoing treatment at a hospital, he said Police have initiated a probe and are investigating the case with different angles, the ASI added.

India Conveys Its Objections To US Over American Envoy’s Visit To...