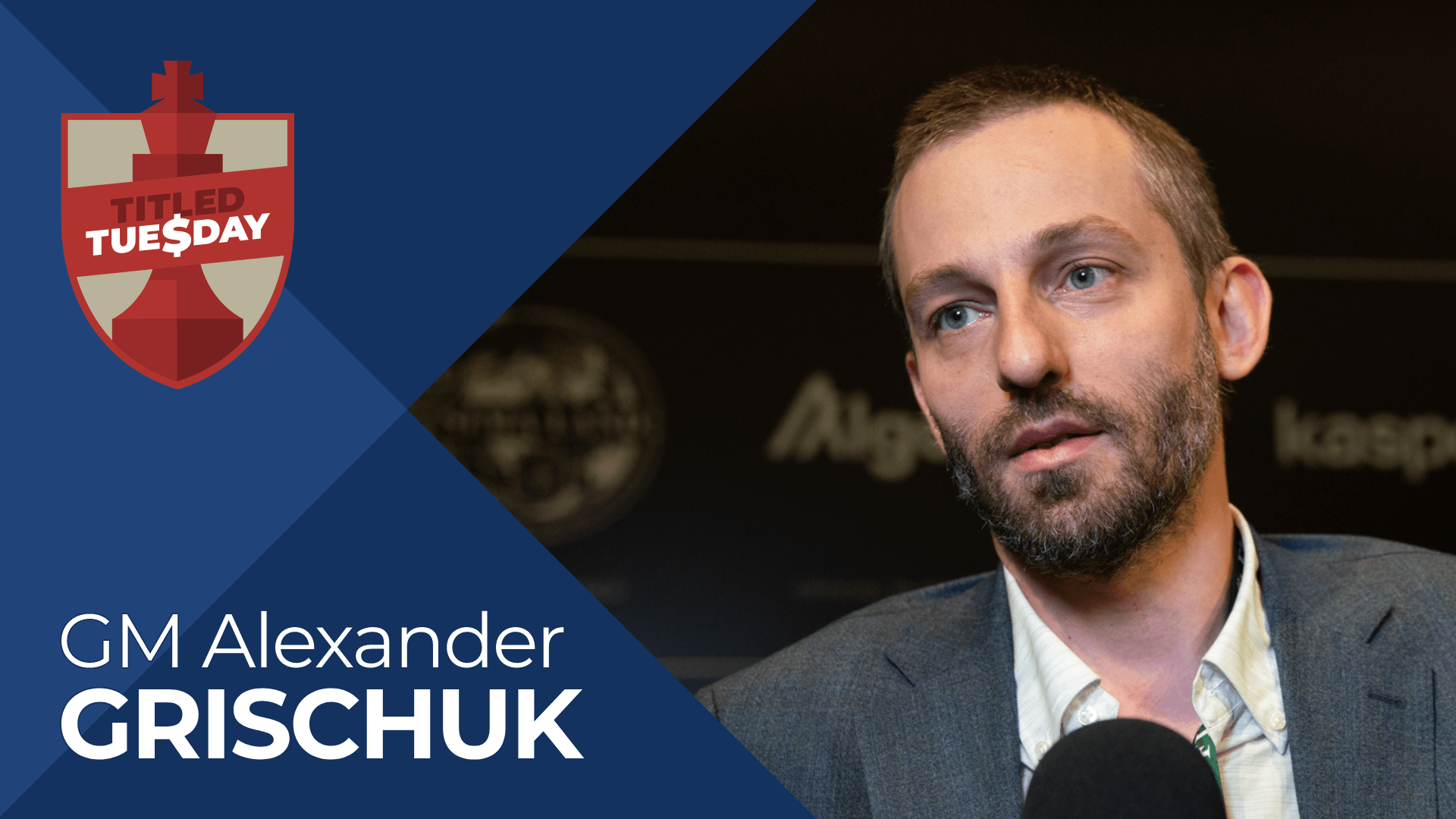 May 17 was a good day in Titled Tuesday for two familiar faces: GM Jose Martinez, winning the early event by a full point, and GM Alexander Grischuk, taking the late tournament with a round to spare.

Martinez also finished fifth in the late event while GM Aleksandar Indjic achieved top-five finishes in both tournaments as well.

For much of the early tournament, it looked like GM Dmitry Andreikin would once again win what has become somewhat of a signature event for him. He was the last perfect player of the tournament, reaching 6/6, and had the sole tournament lead as late as round eight, where he beat GM Shamisiddin Vokhidov in a mere 19 moves.

Andreikin’s draw in round nine allowed Martinez to catch up to him in the standings, and then pass him when they contested round 10.

Two players, GM Salem Saleh and GM Rasmus Svane, remained a half-point behind going into the last round. Martinez took care of Saleh himself to secure a sizable tournament victory after Svane dropped his game to Andreikin.

Martinez won $1,000. Vokhidov earned $750 for second place after tiebreaks, Andreikin $300 for third, and Indjic $150 for fourth. Despite his final-round loss, Svane finished fifth on tiebreaks and won $100. GM Valentina Gunina won the $100 prize for the best women’s score.

As in the early tournament, the player to emerge at the top of the standings towards the middle rounds could not hold things together in the late tournament. This time it was fan favorite GM Eric Hansen, who remained perfect longest, including wins over GMs Daniil Dubov, Oleksandr Bortnyk, and early tournament winner Martinez.

Hansen took his 7/7 score into a round-eight matchup with Grischuk in what turned out to be a clear turning point.

Grischuk picked up two more big wins in the next two rounds, taking down Martinez and then Andreikin, with a fairly amusing conclusion against the latter opponent.

That brought Grischuk to a 9/10 score and no one else within a half-point. A share of first guaranteed even with a loss, he took a 12-move draw against GM Baadur Jobava to wrap things up.