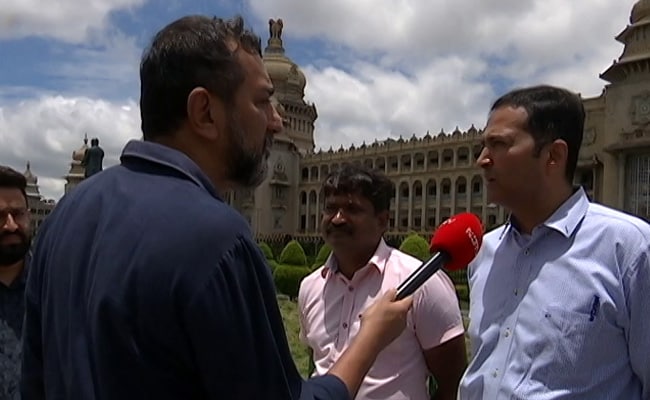 The Chief Minister has rebutted this, claiming these are bogus charges without evidence.

In the countdown to Karnataka’s assembly elections, the BJP government under Chief Minister Basavaraj Bommai is facing mounting charges of corruption by the state’s contractor association, who have repeatedly alleged paying bribes of up to 40% of the project value to government officials to secure contracts.

The contractors wrote a letter to the Prime Minister last year detailing these charges, but the lack of response, they say, is forcing them to write again.

The Chief Minister has rebutted this, claiming these are bogus charges without evidence.

But top members of the contractors’ association, who are contractors themselves, opened up to NDTV in Bengaluru about the kickbacks they have paid to government officials in order to bag government projects.

R Ambikapati, a Bengaluru based contractor and President of the city municipality’s contractor association, said the last project he executed was a playground in Domlur in east Bengaluru worth 5 crore rupees. He said he paid 40% of the project cost as a bribe.

Manjunath, Vice President of Karnataka’s State Contractor Association, said his last project was a set of government hospitals in the Chitradurga district in central Karnataka. “The projects are worth Rs 18 crores and Rs 10 crores. We had to give commission,” he told NDTV.

While they admit that corruption has been commonplace across parties and governments, they say the reason they have gone public, is because it has got worse after the BJP came to power in the state.

“Earlier the commission was only 5%. Now its 40%. Ministers, MLAs are also involved”, Manjunath told us.

Hard on the heels of the contractors, two schools associations in Karnataka have also written to the Prime Minister alleging corruption, claiming they are pressured to bribe government officials for a host of clearances, from renewal certificates to fire and safety clearances, to building norms. They also claim there is corruption linked to guidelines of the Right to Education Act (RTE), under which schools are mandated to admit a certain quota of students from economically weaker sections free of cost, for which they are meant to be reimbursed by the government. The unions claim that the government officials insist on bribes to release these funds.

Kiran Prasad, who represents the Unaided Schools Association, says he runs 2 schools. “For a fire safety certificate, I had to shell out about Rs 3 lakhs. And I have paid it. This is a bribe. Rs 20,000 is government fees, Rs 2.8 lakhs went to a fire officer’s pocket. This happened during COVID”, he said.

Shashi Kumar, another school association member and a school owner, said he paid Rs 15-20,000 to officials in the education department to receive RTE reimbursements.

Karnataka’s Education Minister has denied these charges, claiming the contractors have no evidence.