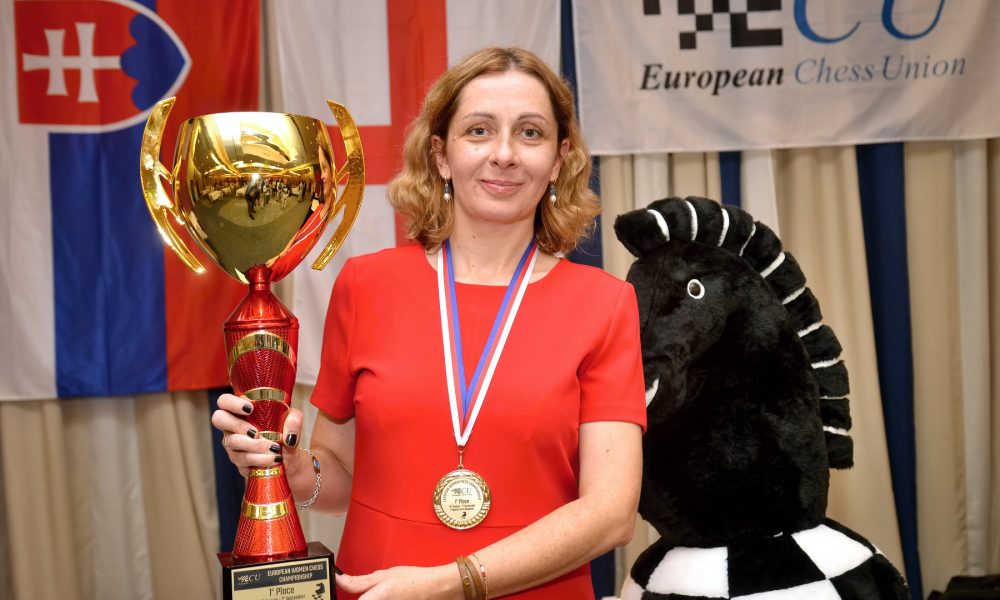 The 2022 European Individual Women’s Chess Championship concluded yesterday in Prague, Czech Republic. More than 120 players from 28 European federations competed over 11 swiss rounds for the title of European Champion and 9 qualification spots for the next FIDE Women’s World Cup.

IM Gunay Mammadzada (AZE, 2466) needed a victory in the last round to join Monika Socko on the top. After more than 4 hours of play, Gunay Mammadzada drew against IM Aleksandra Maltsevskaya (POL, 2360) to score 8 points and be in the group of five players who tied for silver medal. Mammadzada had the best tiebreak criteria and clinched silver.

The Closing ceremony of the event took place yesterday evening and it was broadcasted live. ECU President Mr. Zurab Azmapairashvili addressed the players and joined the awarding ceremony.