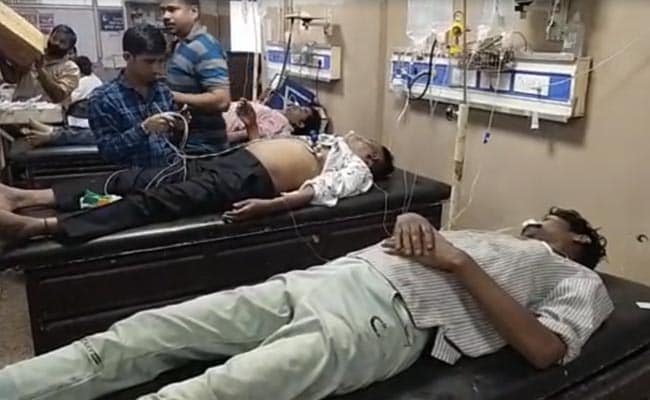 The men were taken to the government-run MY Hospital, where their condition is said to be out of danger.

Not paid their salaries for seven months, seven employees of a private company tried to end their lives by taking poison at a factory in Indore, the police said on Thursday.

They were taken to the government-run MY Hospital, where their condition is said to be out of danger.

The workers were allegedly not paid their wages regularly over the past seven months, and they were being transferred to another branch.

“We have not been given salaries by the management for the last few months. That’s why our friends consumed poison,” Anil Nigam, one of the colleagues of the men, said.

Senior police officer Ajay Singh Kushwaha said the factory workers had not been given salaries for the last seven months.

“They work for a company which produces raw materials for modular kitchens. They were even shifted to work in another factory in Banganga. We are investigating the whole matter,” he said.

According to data released recently by the National Crime Records Bureau (NCRB), Madhya Pradesh recorded the third-highest number of suicides in the country with 14,965 cases in 2021, after Maharashtra and Tamil Nadu.