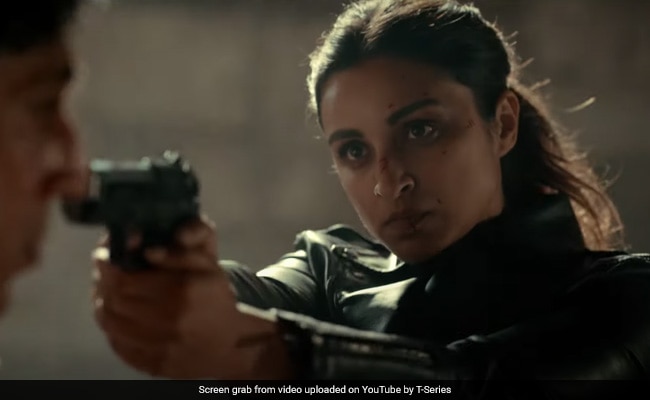 New Delhi: Parineeti Chopra has dropped the teaser of her upcoming film Code Name Tiranga. The espionage action thriller, directed by Ribhu Dasgupta, also stars Punjabi singer-turned-actor Harrdy Sandhu. All we can say is that Parineeti looks promising in the never-seen-before look. She is fearless and ready to go to any extent for her country. With lots of action and fight sequences at multiple locations across the world, the teaser will keep you glued to the screen till the very end. Code Name Tiranga features Parineeti as a Research and Analysis Wing (RAW) agent who is “on an unfaltering and fearless mission for her nation in a race against time, where sacrifice is her only choice,” as per the synopsis.  The teaser also gives us glimpses of Sharad Kelkar, Shishir Sharma, Rajit Kapur, and Dibyendu Bhattacharya’s characters in the film.

Sharing the teaser on Instagram, Parineeti Chopra wrote, “Honoured to be a part of this mission for my country. Excited to be collaborating with two of my favourites. Harrdy Sandhu and Ribhu Dasgupta. Let the action begin. Code Name Tiranga.”

The teaser comes days after the first look posters of Code Name Tiranga were released on social media. “Nation. Love. Sacrifice. Code Name Tiranga… Excited to be collaborating with my favourite Punjabi boy Harrdy Sandhu on this one,” Parineeti Chopra captioned the post.

Code Name Tiranga has been co-produced by Bhushan Kumar, Reliance Entertainment, Film Hangar, and Vivek B. Agrawal. It will open in theatres on October 14.