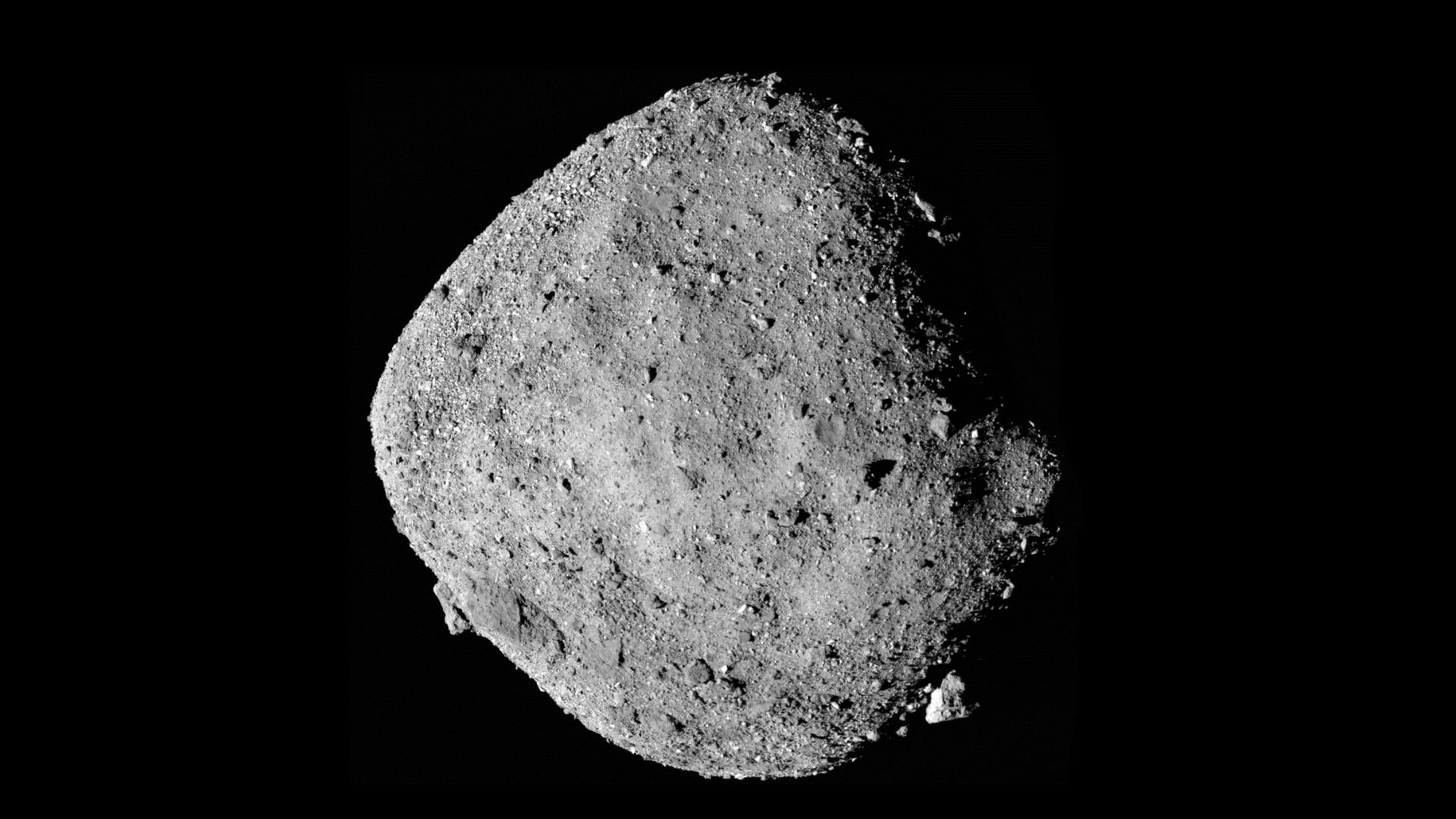 Last year, NASA’s OSIRIS-REx spacecraft reached asteroid Bennu in December after a two-year trip traversing 2.2 million-kilometers of space. While the spacecraft found water hidden within the clay in the asteroid it also noticed something peculiar, the rock was releasing materials into space making it an active asteroid.

Active asteroids are space rocks that are disintegrating and releasing materials that are visible in telescopes. Bennu was thought to be inactive based on the observations from Earth but the observations from OSIRIS-REx suggest otherwise. The amount of material Bennu was releasing was so little it was invisible from Earth, which made the scientists curios. They found that unlike other active asteroids that ejected particles continuously, Bennu had episodes of particle ejection.

Hope everyone got some rest over the weekend. We’ve got more exciting news to share with you this week! Who’s ready for #AGU19? 🌑🛰🌎🚀 #ToBennuAndBack pic.twitter.com/aGoUXnIaPO

Principal investigator of OSIRIS-REx Dante Lauretta from the University of Arizona, Tucson explained: “Among Bennu’s many surprises, the particle ejections sparked our curiosity, and we’ve spent the last several months investigating this mystery, This is a great opportunity to expand our knowledge of how asteroids behave.”

SEE ALSO: Researchers Found A Organism That Can Survive By Consuming Meteorites

The researchers for their study published in the journal Science used data from the three largest episodes of particle ejection on Bennu that were observed on January 6, January 19, and February 11. The first episode originated from the southern hemisphere while the other two from the equator.

The particles, about 10 cm wide were observed traveling speeds of 3 meters per second as they orbited the asteroid for some time before falling down to its surface or escaping its influence and going into space. The researchers think the particle ejection could be caused by meteoroid impacts, thermal stress fracturing, or the release of water vapor.

After discovering Bennu’s mysterious particle ejections, our science team investigated possible causes of this activity.
Learn more about what they found: https://t.co/kbLlu03pEe pic.twitter.com/LmDWeN2aNj

Co-author of the study Steve Chesley from NASA’s Jet Propulsion Laboratory explained: “It could be that more than one of these possible mechanisms are at play. For example, thermal fracturing could be chopping the surface material into small pieces, making it far easier for meteoroid impacts to launch pebbles into space.”

SEE ALSO: Researchers Think The Fireball That Exploded Over Australia Was A Minimoon

Wunderlist task management app to shut down in 2020

In the shadow of Amazon and Microsoft, Seattle startups are having a moment

BTS’ RM Reveals ‘Map of the Soul: 7’ Board And Fans Have Theories!

Netflix testing discounted price plans for those who subscribe long-term

Facebook Announces Ban On Deepfakes, But It Won’t Stop Misinformation

Amazon turned in another stellar performance this holiday season