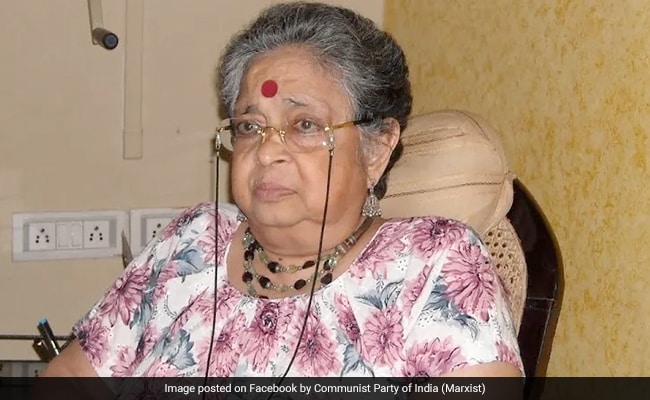 Educationist and social worker Mary Roy, whose legal battle ensured equal rights for Syrian Christian women in their ancestral property, died on Thursday, family sources said. She was 89. She died at her home due to age-related ailments, they said.

To enable people to pay tribute, her body will be kept at her home in Pallikoodam campus from 3 pm to 9 pm on Thursday and on September 2 from 7 am to noon in the MR Block, Pallikoodam campus, the family said. Her funeral will be in the afternoon.

It was in the mid-1980, Roy had launched a legal battle in the Supreme Court seeking gender equality for women in inheritance in the ancestral property of the Syrian Christian families in Kerala.

In a landmark verdict, the Supreme Court in 1986 allowed her plea.

Overturning the provisions in the Travancore Succession Act of 1916 of the princely state of Travancore, the Supreme Court ruled that women members of the community had equal rights in their father’s property.

The case, fought against her brothers seeking her equal rights over her dead father’s property, is known as the “Mary Roy case” in Indian legal history.

Born in 1933 in a Christian family at Aymanam village, Roy did her schooling in Delhi and later secured a degree from a college in Chennai. She married Rajeeb Roy while working as a secretary at a company in Kolkata. She set up Pallikkoodam in 1967.

Mr Vijayan said Mary Roy made significant contributions in education and activities to ensure women’s welfare in the society.

The Chief Minister also recalled that she was a person who has made a place in history through her legal fight for property rights of women.

Mr Satheesan said she was a symbol of the struggle for women’s rights.