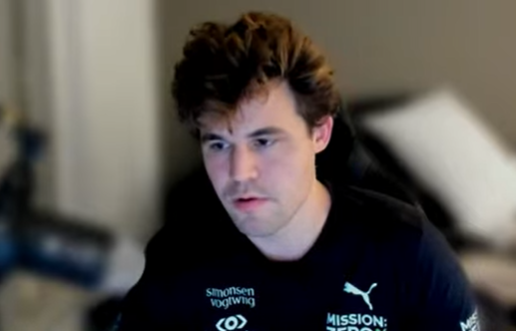 Magnus Carlsen today gave his second interview after his withdrawal from the Sinquefield Cup 2022 and resignation to Hans Niemann after only two played moves. Magnus defeated Levon Aronian in the quarterfinals of the Julius Baer Generation Cup and said he was happy with his play today. Being asked if he experienced a lot of support after speaking yesterday, Magnus said: “Yeah, I can say that some people have been saying maybe more supportive things privately than they have publicly, which I very much understand and I certainly appreciate.“. Answering if his announced public statement will include proof for allegations that have been made against Niemann, Carlsen said it will be all known next week when the statement gets published. See the video below

After Hans Niemann defeated the World Chess Champion Magnus Carlsen in the third round of the Sinquefield Cup 2022, Carlsen decided to withdraw from the tournament without detailed explanations. Rumors that Magnus Carlsen suspected Niemann was cheating started spreading over social media and the controversy over the Niemann – Carlsen case is not stopping. While Niemann spoke on the case on several occasions, the World Chess Champion gave his first interview on the case yesterday saying that cheaters should not be taken lightly either online or over the board.

Puzzle I found in the front of an 1800s copy of Alice Through the Looking Glass. Working on solving it right now. Any help?...