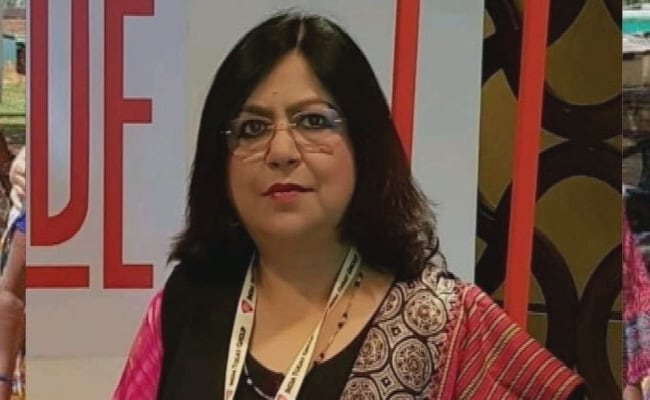 Suspended Jharkhand BJP leader Seema Patra, arrested for torturing her domestic help, allegedly sent her son to hospital for exposing the abuse with videos that led to the help’s rescue.

Seema Patra was arrested this morning, a day after videos of her employee alleging unspeakable torture went viral.

Her son Ayushman, disturbed by the torture, had reportedly shared the videos with his friend, a government employee. The friend, Vivek Anand Baskey, went to the police with the videos.

Seema Patra allegedly admitted her son to Ranchi Institute of Neuro-Psychiatry and Allied Sciences when she learnt he was trying to help Sunita.

She told NDTV she had sent him to hospital because he was unwell.

On whether she had admitted Ayushman to hospital for exposing her horrific abuse of the help, Ms Patra said: “I will answer all questions. You will have to wait.”

She insisted she is innocent. “I have been framed. This is political,” she said.

When pressed for answers on how the woman was injured, she said: “I am innocent.”

After rescuing the 29-year-old woman from the Patras’ home, the police took her to Rajendra Institute of Medical Sciences (RIMS) for treatment, officials said.

The BJP suspended Seema Patra on Tuesday after the video of her domestic help accusing her of torture went viral. Her husband, Maheshwar Patra, is a retired IAS officer.

Sunita is seen in the video on a hospital bed with wounds on her body and face. She could barely speak; many of her teeth were missing and she couldn’t sit up.

She alleged she was held captive, tortured and beaten with rods and an iron pan. She was allegedly forced to lick urine off the floor and not given food or water for days. “She also broke my teeth with an iron rod,” Sunita said.

On Ms Patra’s son Ayushman, whose gesture saved her, she said: “It is only because of him that I am alive.”