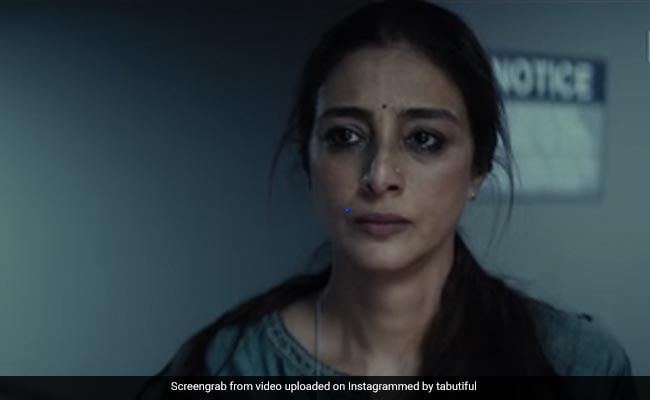 The teaser of Vishal Bhardwaj’s Khufiya is out. On Monday, the makers of the film shared its teaser on YouTube, which was later shared by the film’s cast including Ali Fazal, Tabu, Ashish Vidyarthi, and Wamiqa Gabbi. The teaser introduces us to the film’s characters with a piece of suspenseful background music, giving the story a mysterious touch. The teaser shows Tabu in a troubled look, while Ali Fazal is seen having a villainous laugh. The first look teaser also features Wamiqa Gabbi and Ashish Vidyarthi in important roles. The film, written, directed, and produced by filmmaker Vishal Bhardwaj, is based on Amar Bhushan’s espionage novel, Escape To Nowhere.Khufiya will premiere on Netflix. The film’s makers are yet to reveal its release date or trailer./p>

Amar Bhushan’s novel revolves around the story of a RAW operative, who is assigned to track down the mole selling India’s defence secrets. Tabu will play the role of the RAW operative, Krishna Mehra.

Other than the film’s teaser, Vishal shared the stills of his film’s characters including Ali Fazal, Tabu, and Wamiqa Gabbi on Instagram. In the shared pictures, Tabu is seen as the RAW agent, while Ali Fazal and Wamiqa Gabbi are seen as a loving couple.

Filmmaker Vishal Bhardwaj and Tabu have collaborated before for the critically acclaimed 2014 film Haider, also starring Shahid Kapoor, and the 2004 film Maqbool, also starring Irrfan Khan in the lead role.

“Glad We Got To Shoot Recently For Goodbye”