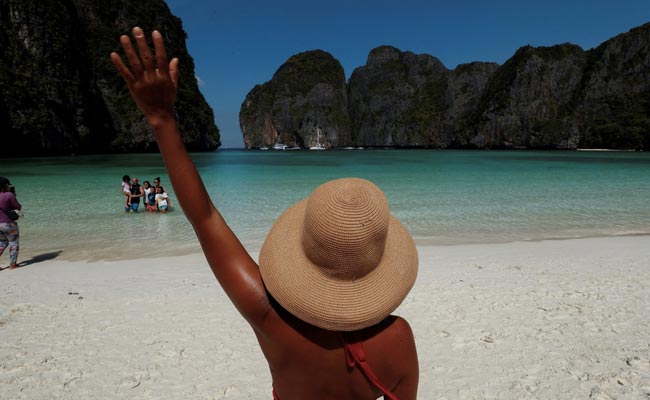 Indian weddings in Thailand can cost 10 million to 30 million baht.

Famous for its white-sand beaches and nightlife, Thailand hopes to tap into “pent-up demand” from the multi-billion dollar Indian wedding industry, Tourism Authority of Thailand deputy governor Siripakorn Cheawsamoot told Reuters in an interview this week.

“Data from the last two years showed that many Indian couples got married, but couldn’t find honeymoon locations … or held back on getting married because they wanted to have their reception overseas including in Thailand,” he said on Tuesday.

Foreign tourism revenue from January to Aug. 28 came in at 186 billion baht from 4.2 million visitors, and 10 million arrivals are expected for the full year.

The Southeast Asian country relies heavily on tourism as a driver of economic growth. Foreign arrivals plummeted to just 428,000 because of the COVID-19 pandemic, compared with a record of nearly 40 million in 2019 when tourism made up 12% of GDP.

Now, having dropped most pandemic-related restrictions, the government is targeting revenue of $11 billion in the second half of 2022.

Indian weddings in Thailand can cost 10 million to 30 million baht, as they can last up to a week and include everything from event planning to catering, decoration and transportation.

About 60% of Indian destination weddings in Thailand were those of residents of India, while the remainder were from overseas Indian families, he said, so Thai tourism representatives in Mumbai and New Delhi are expanding partnerships with wedding planners.

Siripakron expects tourists will be spending at least 48,000 baht per trip this year and in 2023 he hopes that number will rise to 50,000 baht per trip, helped by other high-spending segments like medical tourism and executives choosing to work remotely in Thailand.

The government will also extend some tourist visas from 15 to 30 days starting in October as traveller behaviour changes to favour longer stays due to expensive flights and low availability, he said.