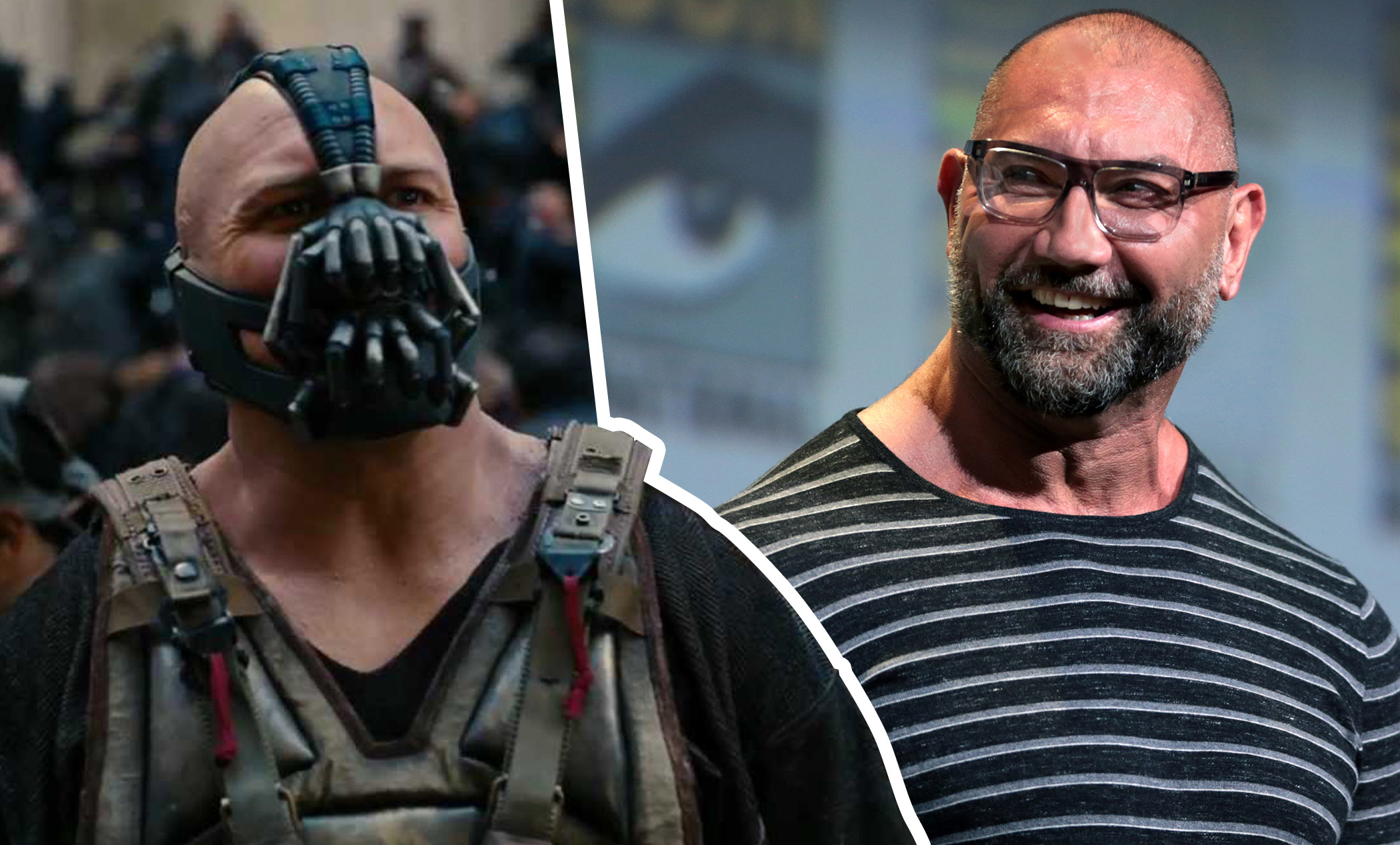 Matt Reeves’ The Batman starring Robert Pattinson as a young Gotham City hero is officially the hottest thing in the DCEU. The film’s casting is currently underway and Warner Bros. is still dropping new characters to the powerhouse roster. The ensemble cast recently got new additions and now, fans think Dave Bautista who plays Drax in Marvel’s Guardians of the Galaxy is next in line to join the film’s line-up.

SEE ALSO: ‘The Batman’: This Is How Robert Pattinson Is Preparing For His Role

The Guardians of the Galaxy actor has been a part of the MCU Phase 4 up until Avengers: Endgame and now, Twitter thinks he’s heading to the DC film-verse in the upcoming Batman film. And it didn’t take much to get Twitterati talking. Doing the rounds of the internet is a basic picture of Bautista against the backdrop of Warner Bros. studios. We all know what that means right? Check out the cryptic tweet that has DC nerds speculating of a new cast member on The Batman:

It won’t come to you so get after it!! #DreamChaser pic.twitter.com/FPTUbfLfTh

Fans seem to think that the Guardians actor is all set to play Batman villain Bane. Here’s Twitter jumping headfirst into the big idea:

He is, they just need to film it.

We’ve seen Bane played by Tom Hardy in The Dark Knight Rises and he is one of Batman’s most memorable foes. What we don’t get is which direction the film is headed in. Just in case you missed it, Robert Pattinson’s Batman has more than enough rivals to keep him busy during the film. We have Catwoman played by Zoe Kravitz, The Riddler played by Paul Dano and Penguin played by Colin Farrel. The last villain added to the list of Gotham City criminals is Carmine Falcone played by John Turturro.

Meanwhile, some Twitterati are of the opinion that he’s there for the much sought after Snyder cut! And the more the think about it, the more sense it begins to make:

A #ReleaseTheSnyderCut film hiest??? I’m in!!

Yes!! Go steal the Snyder Cut of Justice League and leak it!! 😄#ReleaseTheSnyderCut

Help! Crumbs In My Bed Are Making Me Crazy

Cook SPAM in Your Waffle Maker

How To Look Good On Video Chat

The best Xbox One prices, bundles and sales in Australia (December 2019)