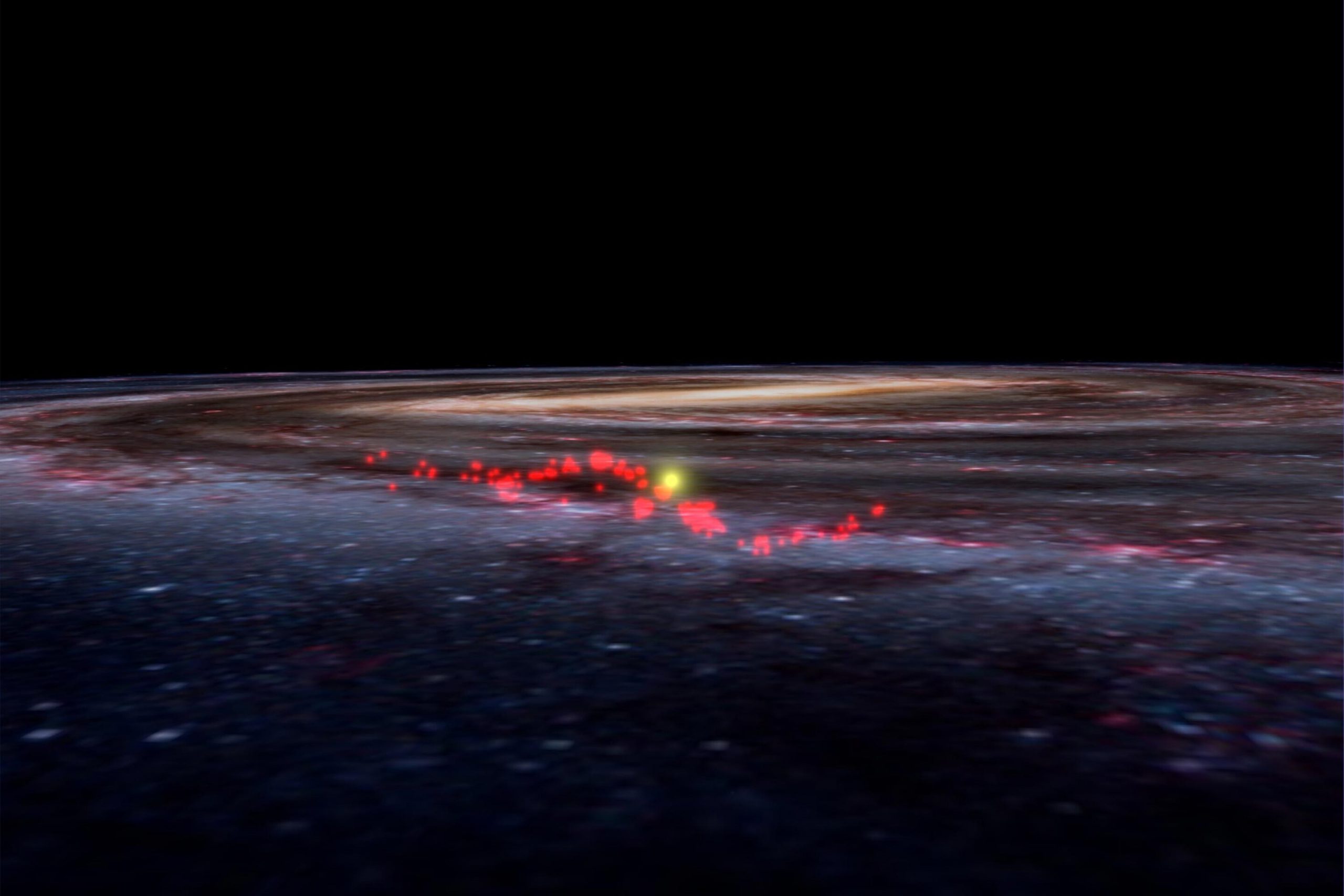 The world saw the Milky Way in a brand new light after the new three-dimensional map of our galaxy was unveiled last year. As scientists delved further into this breakthrough find, they thought that the newly discovered warp, twisted shape of the Milky Way is indicative of something extraordinarily massive that landed in our galaxy. Astronomers now know that the galactic center of the Milky Way is too strong to move the stars away from its flat plane. Hence warping is seen along the edges of the galaxy and not in the center

SEE ALSO: This 3D Map Of The Milky Way Shows That Our Galaxy Is A Warped, Twisted Place

In a bid to understand the motion of stars and measure distances between the stars precisely, researchers at the Harvard University, United States, combined the super-accurate data from the European Space Agency’s (ESA) Gaia space observatory so as to construct a detailed map of the interstellar matter in the Milky Way. To their surprise, they found an unusual pattern in the spiral arm closest to the Earth.

The researchers discovered a long, slender structure, about 9,000 light-years long and 400 light-years wide, with a wave-like shape, cresting 500 light-years above and below the mid-plane of our galaxy’s disk. The dusty Wave includes many of the interconnected stellar nurseries that were thought to form part of “Gould’s Belt,” a band of star-forming regions believed to be oriented in a ring around the sun. They’re calling this wave ‘Radcliff Wave in honor of the project’s home base, the Radcliffe Institute for Advanced Study.

For almost 150 years, it was believed that the stellar nurseries ring was an expansive, undulating, star-forming filament that reaches trillions of miles above and below the galactic disk. The current discovery has challenged this vision and is pushing astronomers to rethink their understanding of the Milky Way’s 3D structure.

Several groups in the research team worked together to develop a statistical and analytic framework needed to discern the 3D distribution of the dust clouds in our galactic neighbourhood. You can read the analysis of the research findings here.

SEE ALSO: Astronomers Have Estimated A Region Of Milky Way To Be 10 Billion Years Old

Does Your Spending Match Your Position on the ‘Wealth Ladder’?

Why Your Next iPhone Might Not Have a Lightning Port

How to Find the Login Page on Public Wifi

Astronomers Explain How Certain Exoplanets Can ‘Eat’ Their Atmosphere

Steam reveals its best-selling games of the year

Apple says its ultra wideband technology is why newer iPhones appear to share location data, even when the setting is disabled