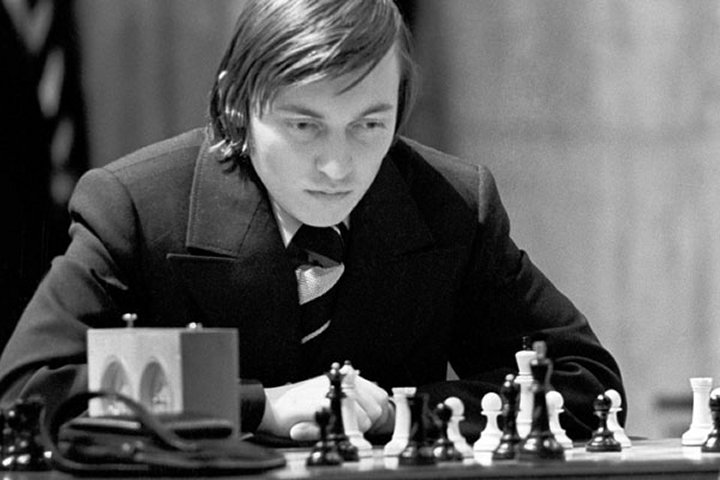 One of my first chess books was a collection of Karpov’s best games. And honestly, I did not like it. With Kasparov’s games, everything was so simple and attractive: rapid development, then a nice attack, and mate. But with Karpov, things were quite different. His games were positional, his annotations brief. I was confused. Somehow miraculously, Karpov was usually the one to gain the advantage and win the game. But how did it happen? At the tender age of 10 or 12, I could not understand it at all.

It took me another several years until I understood why Karpov was winning so easily. Kasparov’s main weapon – the ability to attack – was flashy and easy to see. Karpov’s main chess weapon was much more difficult to spot.

What would you say? What was Karpov’s secret weapon through his entire career?

Karpov in his prime years was excelling at manoeuvring. He was able to discern where to put his pieces and how to get them there. And – more importantly – he had the ability to see every piece in the context of his entire army. He knew how to coordinate his forces, so that they worked together as an orchestra.

Why is manoeuvring so important? Most club players think that in every middlegame position there is “something to do”: either you pursue an active plan, or you defend against a plan of your opponent. However, this is simply not true.

In many middlegame positions, a sort of equilibrium arises, in which neither side has a direct active plan available. What to do then? Well, you should manoeuvre, regroup your forces to get an advantage. And you should do it more skilfully as your opponent. And this is what Karpov was excellent at.

For this article, I have chosen four examples from Karpov’s games. In each example, a different piece will be the main character. Let us start with a relatively simple example, putting a bishop into the spotlight:

In this Sicilian middlegame, the d5-square is crucial. If White gets to control this square, he will be better. On the other hand, if Black can push …d6-d5 advantageously, he will get the initiative. Karpov was thinking: “How could my dark-squared bishop aid its compatriots in the fight for the d5-square?” A typical solution would be 18.Bxf6, but then the dark squares in White’s camp would become weak.

Karpov found a better solution. He played the seemingly modest 18.Bg3!. After this small bishop retreat, …d6-d5 is impossible for a long time, as Black experiences difficulties to cover the e5-pawn twice.

With an inconspicuous bishop move, White gained time to double his rooks on the d-file and get an advantage.

The second example is much more complex, featuring a knight in the main role:

This almost symmetrical position arose from the English opening. Black safely covers the d3-d4 and b2-b4 breaks, but how should he prepare his own active play? Of course, Karpov could dully develop his bishop with 12…Bd7, but what to do next? …Nc6-a7 and …b7-b5? But how would the knight on a7 feel?

Instead of making an automatic developing move, Karpov decided to look for a harmonious set-up for all his pieces. An ideal central break would be …d6-d5. Therefore, he needs the light-squared bishop on b7. With a bishop on the long diagonal, the d7-square is vacated for the queen. But still, Bb7 and Qb7 are not enough to push d6-d5. Is there any other idle piece?

Yes, it is! The f5-knight is not needed on its outpost anymore: with a bishop on d2, d3-d4 is out of question. Therefore, Karpov played 12…Nfe7!, a brilliant move, but invisible to those who are only looking for active, straightforward play.

Let us now give a rook the chance to shine!

In a typical minority attack position, Karpov played the seemingly non-sensical 29.Rcc1! Why on earth is he retreating the rook?

In fact, this move is a start of a subtle manoeuvre based on a deep understanding of the position. Here is the explanation: White is struggling to find an active plan. It is too early to play a5-a6. However, the a5-pawn is also a weakness. Therefore, the b2-knight cannot jump to its dream c5-square…

Well, the a-pawn needs another guardian. However,after Ra1 the Nc5-jump is still impossible due to …b7-b6; the a1-rook is hanging. Therefore, White needs to protect the a1-rook as well! And precisely that is what Karpov achieved with 29.Rcc1.

In a few moves, the White knight jumped to c5 and the White initiative gained speed.

And finally, the queen:

Black would like to exert maximum pressure on White’s centre, especially the d4-pawn. To do so, the d-file is needed for a rook. The queen should leave. But where? Many club players would probably play 13…Qb8, perhaps followed by Qb8-a8. However, on the queenside the queen would be idle for a long time.

Karpov found a better destiny for his strongest piece. He played 13…Qf4! 14.g3 Qh6. It transpires that on h6 the queen is safe, controls a promising c1-h6 diagonal and does not stand in the way of other black pieces. The game continued:

Now it is quite clear how much the d8-rook and the b4-bishop benefited from the disappearance of the queen from d6. Black is already almost winning.

In my chess lessons a decade ago, I used to call Karpov “my maneuvering hero”. Sadly, I will not call him a hero anymore – his political career in the last years was shameful, not heroic.

Still, when you want to learn a thing or two about how to coordinate your pieces, Karpov’s games are the most instructive material available. Many of them are true gems of manoeuvring.

On this DVD a team of experts looks closely at the secrets of Karpov’s games. In more than 7 hours of video, the authors examine four essential aspects of Karpov’s superb play.