Mobile gamers are a special breed, playing anywhere and everywhere with all manner of phones. For the smartphone gaming fan in your life, here are the best Christmas gifts we've found.

If you're starting from the ground up, we have plenty of gamer phones to recommend at plenty of price points, from the absolute top-tier to budget-friendly options.

Our other gift picks run the gamut from controllers to peripherals to battery packs so the game sessions can keep going long into the night, whether you're at home or traveling.

If you’re buying for the player in your life – or yourself – we have all the best Christmas gifts and holiday items for mobile gaming fans right here.

If you wanted the best made-for-gamers phone with the latest and greatest specs, the Asus ROG Phone 2 is it. Note that it's not first on our list of best gaming smartphones – in our professional opinion, you'll get more value in other sectors of phone ownership with the new iPhone 11 Pro Max or cheaper OnePlus 7 Pro – but if you wanted a gamer phone, the Asus ROG Phone 2 is the pick.

Its specs are impressive, with a Snapdragon 855 chipset paired with 12GB of RAM, a whopping 512GB of storage, a staggeringly large 6,000mAh battery (for extended gaming sessions), and a slick 120Hz AMOLED screen in a large 6.59-inch size. It's a big beast.

Being designed specifically for gamers, it also has features and external peripherals you won't find on most other phones, such as a clip-on fan, which is generously included in the box, and a range of other accessories (such as a gamepad), which you'll have to buy separately.

There's also built-in software to help you tailor your gaming experience, through, for example, overclocking the already meaty CPU, and adjusting the fan speed.

There are some issues with the Asus ROG Phone 2, but most of them don't affect gaming. It doesn't have wireless charging or water resistance for example, and the design is sure to be divisive (read: very 'gamer chic' with sharp angles and RGB). If all you want your phone for is gaming though, and you either like this design or don't much care, then the Asus ROG Phone 2 is hard to beat.

Last note: if you want an even cheaper gamer phone and don't mind 2018 specs, the Razer Phone 2 has been seriously discounted lately. 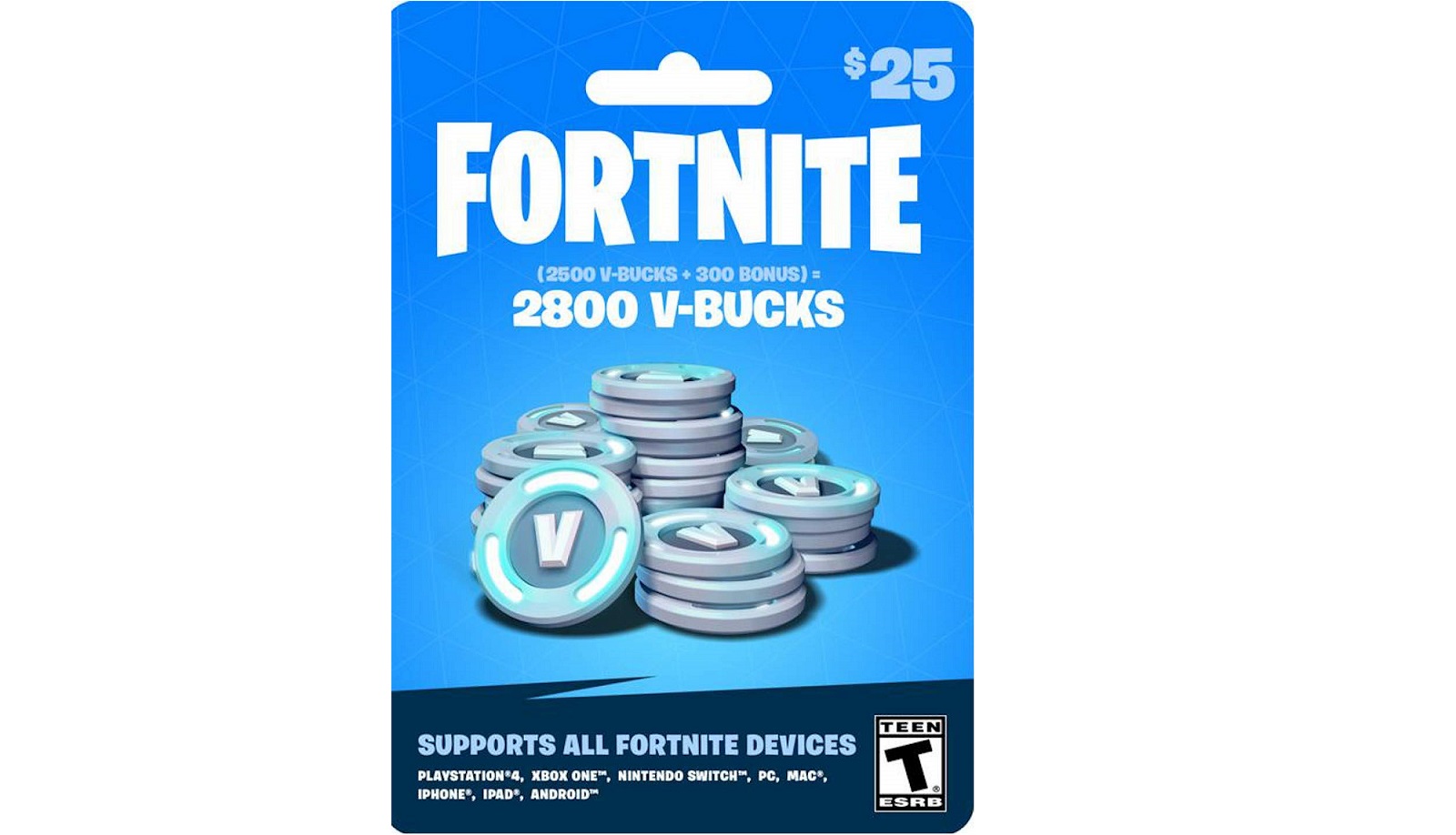 The unquestioned king of battle royale games is Fortnite, and the mobile gamer in your life is probably playing it already. Thankfully, you can pitch in by buying in-game currency called V-Bucks – essentially picking up a gift card for use in-game.

This currency buys weapon skins, character outfits, and months-long season passes – all items (or passes to items) that customize your character. This deal above is for platform-agnostic V-Bucks, meaning it can be redeemed on mobile, console or PC. 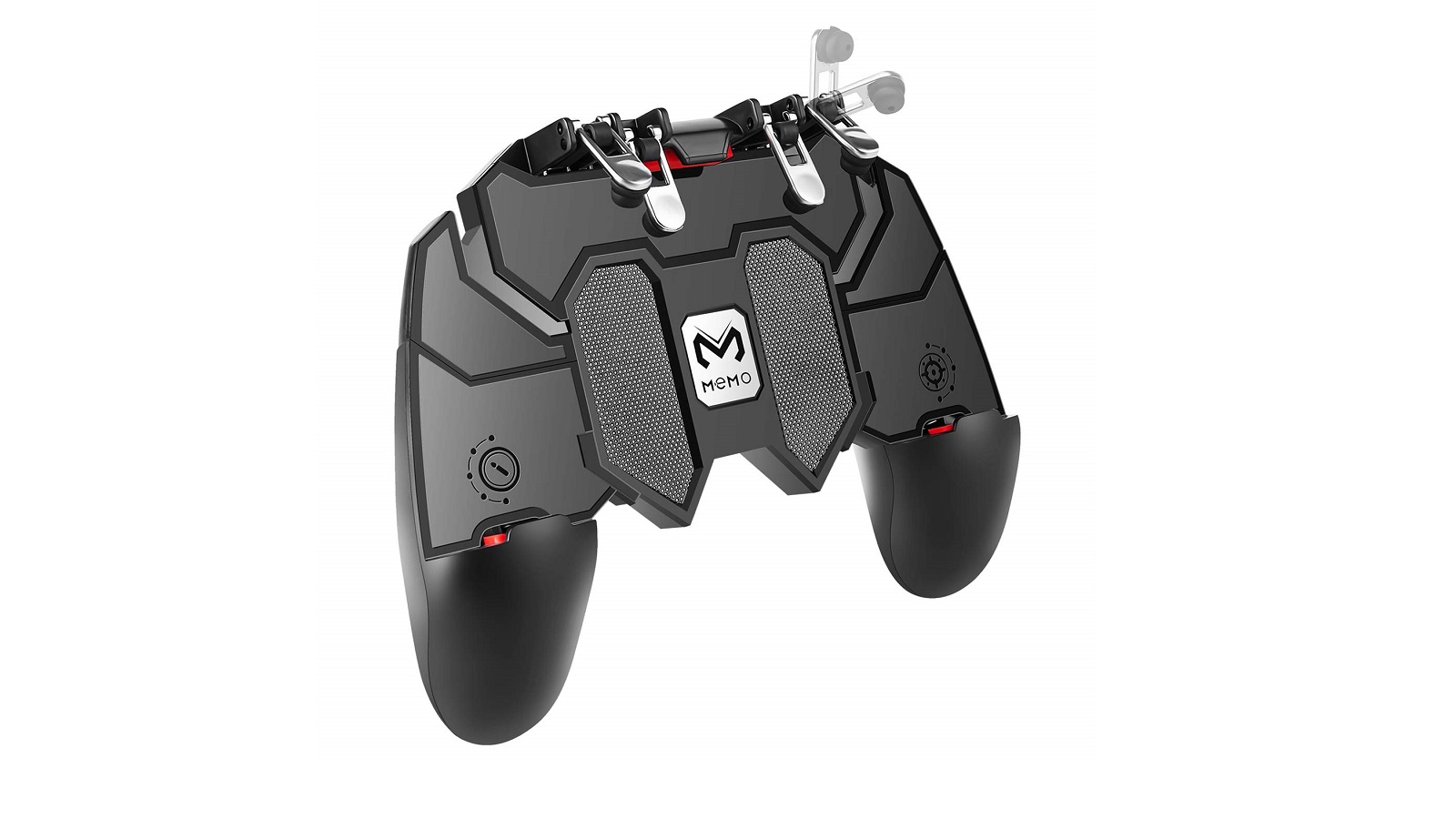 We're still in the early days of gaming peripherals, so we can't say for certain that this is the de facto best mobile gaming controller out there – but the DELAM mobile game controller has design and feature advantages over its competitors (though it won't work with tablets for obvious reasons). Also, it's very inexpensive.

That's partially because, unlike other mobile game controllers, this device is unpowered. It's really more of a frame with clever internal levers that pair around-the-back trigger buttons with touchpads hanging over the top of your phone. You'll have to customize your layout and fiddle around with which buttons (fire, reload, tilt, etc) correspond to which of the four triggers, but it works in theory.

That could mean the DELAM may not be as fast as controllers that are linked over Bluetooth or hardwired in, but it also doesn't need to link up to your phone to work, theoretically making it compatible with any phone – or at least those that fit. The controller expands to accommodate phones 2.75 inches to 3.75 inches wide and 4.7 inches to 6.5 inches long, according to its specs (which is most phones these days).

If you want to try out a mobile controller but don't want to risk a big spend, the DELAM is a decent first pick. 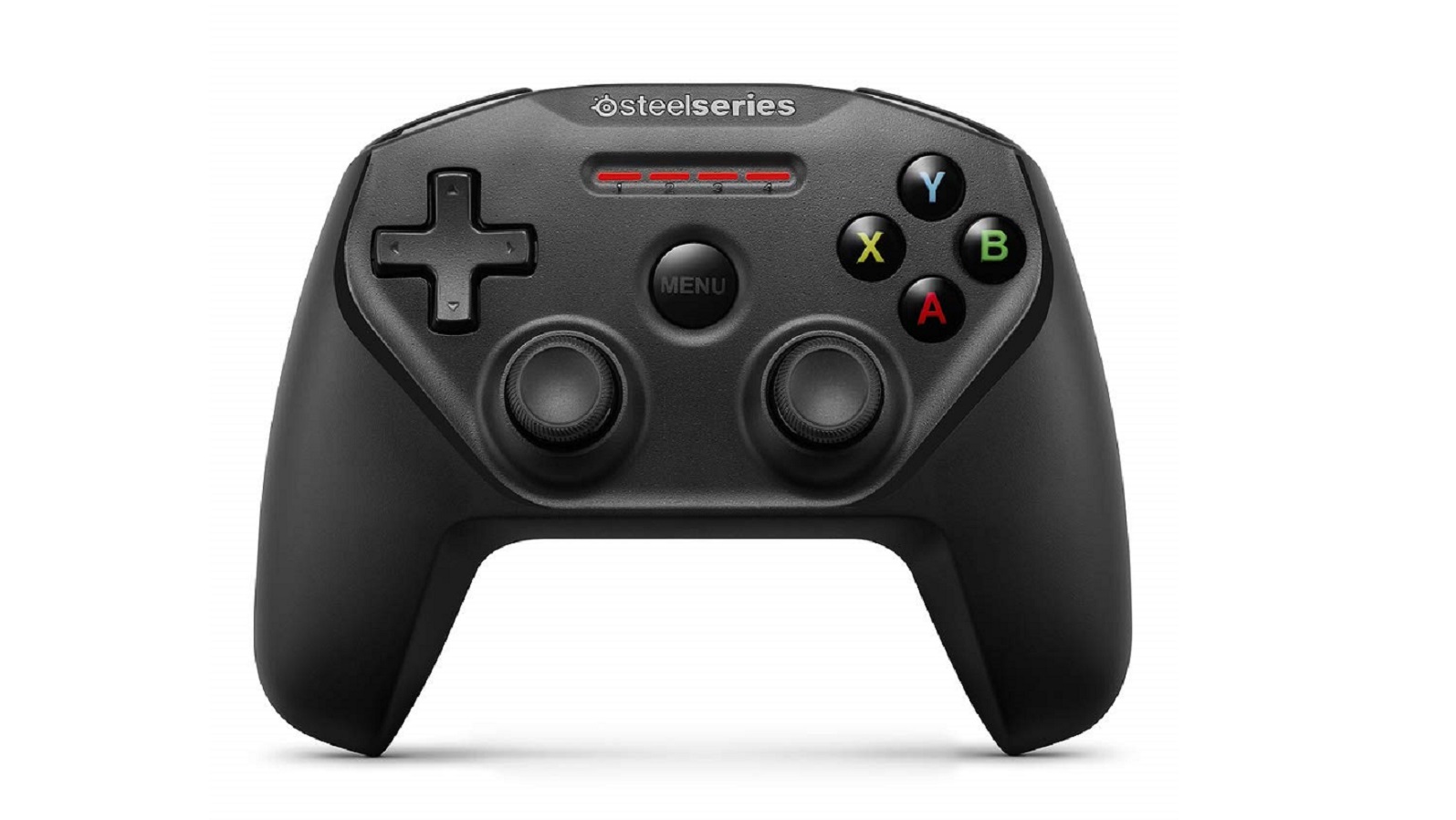 If you're buying for a more serious gamer, the SteelSeries Nimbus is a decent pick for a completely separate controller (assuming they don't already have a PS4 or Xbox One controller, which are compatible with the latest iOS and Android). You'll need to find some way to prop up your smartphone or tablet, and – an even bigger caveat – the Nimbus only works with iOS and Mac devices.

If you're an Android main, there is the cheaper SteelSeries Stratus, though that model runs on AA batteries and requires a discrete Bluetooth adapter (sold separately).

The Nimbus packs everything inside a familiar DualShock-style (both control sticks in the lower-middle) controller, with 4 LEDs that 'display your player status during multiplayer gameplay' – an unclear designation – but they will show charge progress in 25% chunks while the controller is plugged in. Thankfully, it's a Lightning port, so iOS devotees won't have to buy a new cable. 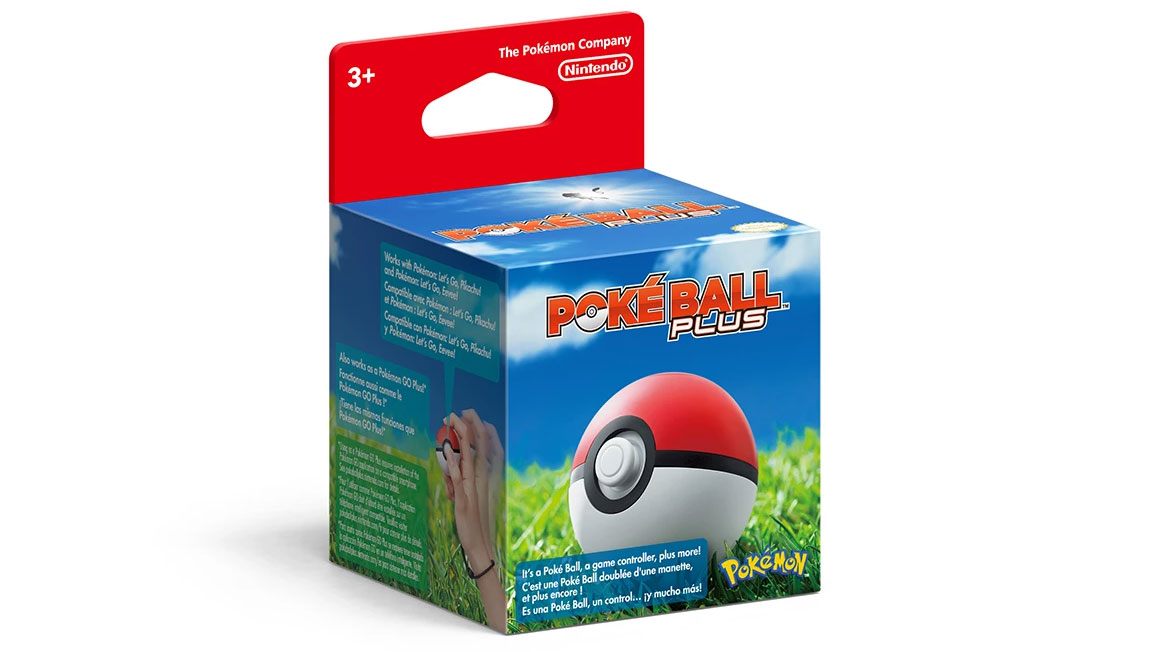 Everyone knows someone who still plays Pokémon Go. The smash-hit game from 2017 is still going strong more than two years later, and for the avid Poké hunter the Poké Ball Plus is a must-have accessory.

It can be paired to both Android handsets and iPhones, it allows you to play Pokémon Go without checking your smartphone. When a Pokémon appears nearby, the ball lights up and vibrates. A button press lets you throw a virtual Poké Ball, and different LED light patterns will let you know if you’ve caught the Pokémon.

If you're gaming on the go, you're probably using up your device's battery faster than normal. That's where the Anker PowerCore II comes in with 10,000mAh of extra juice in a crucially compact package that's easy to slip into a pocket.

We love this little guy. The Anker PowerCore II 10,000 power bank is perhaps the most portable option on this list and allows you to have at least two full charges for your phone in your back pocket ready to go.

At only 209g and 1.5cm thick, you'll be able to take this around with you and not feel weighed down while still having 10,000mAh of extra power for any of your devices. Plus it comes with Anker's own fast-charging tech that should mean you won't be plugged into it for too long.

Like a lot of the chargers on this list, it doesn't come with a cable attached so you'll need to take your own out and about with you, but that does mean it works with both iOS and Android phones. 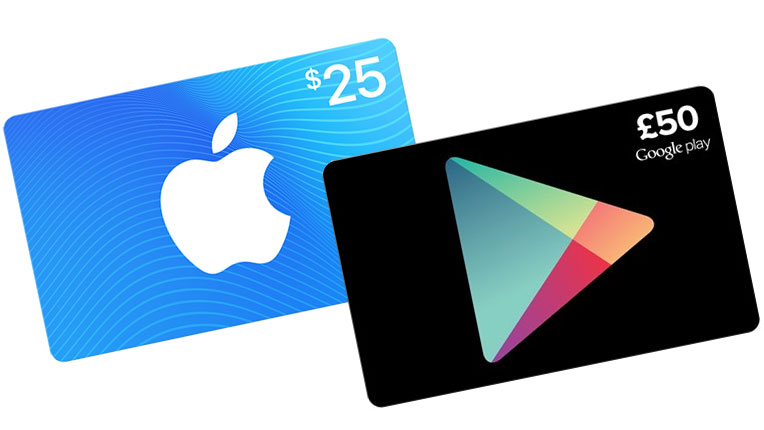 Give the gift of new games, unlimited lives or a range of in-app purchases and upgrades with a gift card for either the Apple App Store or Google Play Store this Christmas.

Any mobile gamer will value additional funds to add to their library of games, or inventory in one particular title. These gift cards can be purchased at various different price points, and all you need to know is which device the person you're buying for has.

If they have an iPhone (or iPad or iPod Touch), then they'll need an Apple App Store gift card, while those with Android phones and handsets (including devices by Samsung, Huawei, Sony, HTC, LG, OnePlus, Oppo, Motorola and Nokia) will need a Google Play Store gift card.

Here’s What Christian Bale’s ‘Thor: Love And Thunder’ Character Could Look Like

These Pickles Have an ABV of 22 Percent

Best Samsung TV: your guide to the top Samsung television for 2019

An Exoplanet Spiraling To Its Doom; Astronomers Predict Its Time Of Death

This Cute Emoji Party Meme Is Taking Over Twitter