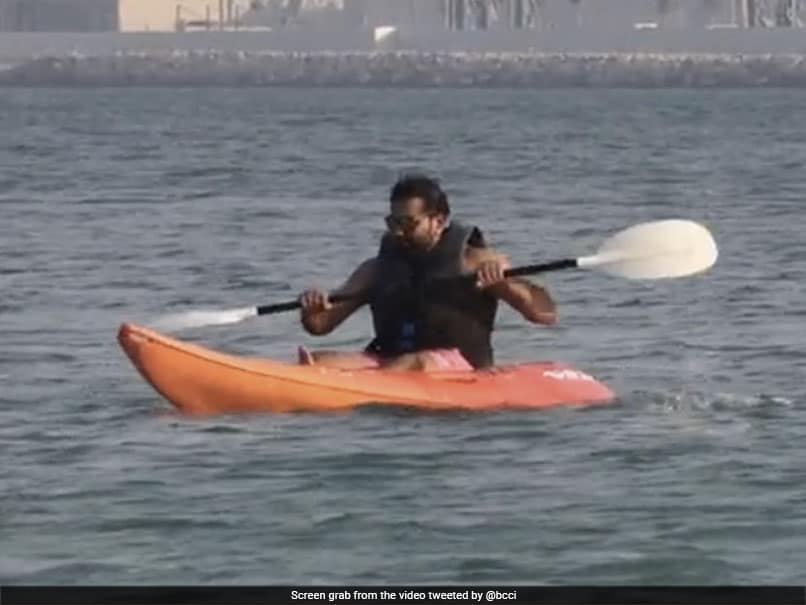 Team India have already sealed their qualification for the Super 4s stage of the ongoing Asia Cup and hence the team have earned some off days. India will next square off against either Pakistan or Hong Kong on Sunday at the Dubai International Stadium in their first match of the Super 4s stage. Ahead of the match, Team India enjoyed an off day where the likes of Virat Kohli, Rohit Sharma and Ravi Bishnoi were seen surfing.

The team also engaged in a game of beach volleyball. The video was shared by the official Twitter handle of the BCCI.

“It was an off-day so Rahul Dravid sir decided that we should have some fun activities. It was good fun, relaxing. We had some great fun. You can see how everyone is happy and excited. This all helps in creating team bonding,” Chahal said in the video.

Rohit Sharma-led India Team India progressed to the Super 4s stage of the ongoing Asia Cup on Wednesday after the side defeated Hong Kong by 40 runs. Suryakumar Yadav and Virat Kohli were the stars of the match as the duo put on an unbeaten stand of 98 runs for the third wicket.

India were struggling at 94/2 at one stage in the 13th over, but Suryakumar completely changed the complexion of the game as he smashed an unbeaten 68 off just 26 balls, hitting 6 fours and 6 sixes. On the other hand, Kohli scored 59 off 44 as India posted 192/2 in 20 overs.

T20 World Cup – “Not Sure When I Last Tucked A Shirt In”: Indian Cricket Team Mental Conditioning Coach Paddy Upton’s Hilarious Post Ahead...