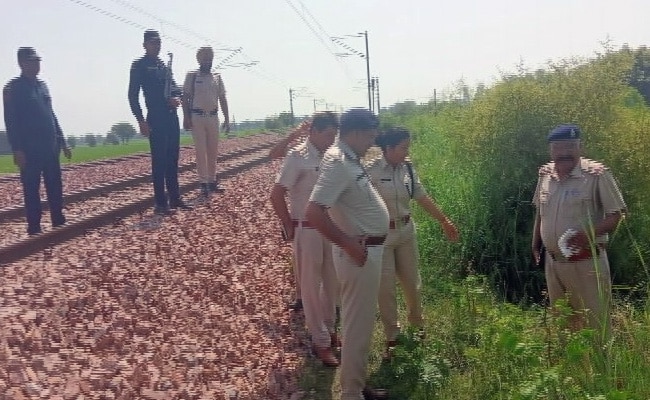 The woman’s body was found this morning by the tracks.

A 30-year-old woman was killed after she was allegedly thrown out of a running train for fighting back a man who tried to molest her in Haryana’s Fatehbad district. She was on the train with her nine-year-old son, the police said.

When the train pulled into the station at Tohana town in Fatehbad, the woman’s husband saw the child alone, crying, the police said, adding the child then told his father what happened.

The accused on seeing the woman travelling alone tried to molest her, after which she fought back. The police quoting what the child told them said the man pushed his mother out of the train and jumped out himself.

“My son was crying. He came running to me, said a man has pushed mother from the train door,” the husband said. “She called on the mobile when she was 20 km away, asking to come to the station to pick her up. Now she is no more,” said the devastated husband.

The police later found the accused – who has been identified as Sandeep, 27 – injured due to the jump and took him to a hospital for treatment. He will be arrested, a police officer said. The Government Railway Police, or GRP, has filed a first information report.

The woman’s husband said she had been staying in Rohtak for the last few days and took the train to return to Tohana, about 145 km away, on Thursday night.

The police and the woman’s family led a massive search for her body along the railway track through midnight. The search was difficult due to darkness and tall bushes along the track. They found the body this morning.

Railway police sub-inspector Jagdish at Tohana told reporters they are investigating if there was a security lapse, as the railway police are supposed to keep an eye on coaches at night. “We will see who was on duty,” he said.