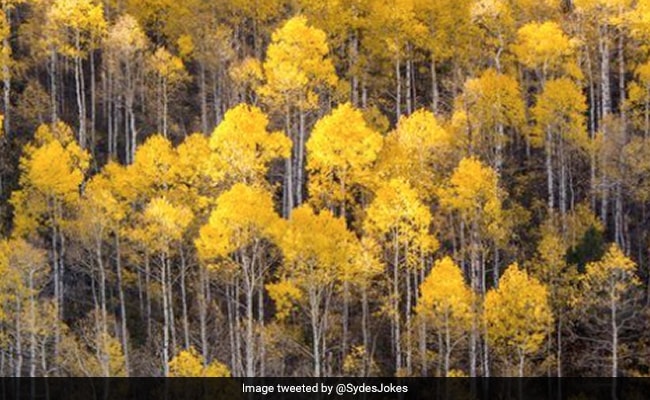 Pando aspen stand, considered to be the world’s largest single organism, is on the verge of extinction, according to recent research by Utah State University. The group of genetically identical stems with an immense shared root system is believed to be thousands of years old. It is located in South-Central Utah and spans more than 100 acres. Pando weighs 13 million pounds based on dry weight mass.

The “trembling giant” may have existed for thousands of years, but now, it is starting to disintegrate. Paul Rogers, director of the Western Aspen Alliance and an adjunct professor of ecology at Utah University-affiliated Quinney College of Natural Resources, completed the initial thorough assessment of Pando five years ago, the study further said.

The evaluation demonstrated how cattle and browsing deer were damaging the stand by preventing the formation of new aspen suckers and thereby giving the enormous plant a shelf life. New aspen seedlings were not surviving carnivorous browsers to replace dying elder trees. Slowly, Pando is suffering and dying.

The management built fence around a portion of the stand in response to the danger in order to keep grazing animals out, conducting a type of experiment for its protection. Professor Rogers visited Pando again to assess the plan and check on its general well-being. The findings and research by Professor Rogers have been published in the journal named Conservation Science and Practice.

Deer and cattle have been posing a danger to Pando by consuming new sprouts, which is reducing the lifetime of the structure since when elder trees die, there are fewer young bushes to replace them, says the paper.

According to Newsweek, “These findings show that the genetically uniform Pando is “breaking up” because of herbivory and fencing.”

“This iconic aspen clone has experienced persistent browsing over recent decades by mule deer (Odocoileus hemionus Raf.) and cattle (Bos taurus L.) such that it is slowly dying; a once-dense canopy is thinning out while vegetative offspring (regenerating suckers) fail to reach maturity,” it quoted the professor as saying in the study.

The situation has only become worse in previous attempts to stop Pando’s decline, such as when fences were built to keep animals from consuming the younger trees. This may have segregated the organism into broken zones, Newsweek further said.